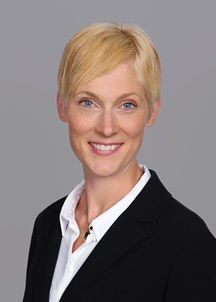 A full-term newborn presented with new onset paroxysmal episodes concerning for seizure activity. The baby girl was the product of a healthy pregnancy to a 31-year-old gravida 2 para 1 mother. The mother of the infant reported a history of chronic hypertension preceding pregnancy, but was otherwise healthy. The baby girl was born at 37 and 5/7 weeks gestational age via cesarean section; this was a planned repeat cesarean section and there were no concerns for prenatal fetal distress.

The baby was transverse within the uterus, but the delivery was uncomplicated and the infant cried immediately and took her first breath spontaneously. Poor color was observed 4 minutes after birth and the infant was noted to be saturating in the 50s. She was given blow by oxygen and her saturations improved to the 90s along with her color. The infant was noted to have deep subcostal retractions with intermittent nasal flaring. CPAP was subsequently initiated at 8 minutes of life with 50% FiO2 when her saturations dipped to the 80s. After 5 minutes, CPAP was weaned and she was stable on room air, although her mild subcostal retractions and intermittent nasal flaring were persistent. Her apgars were recorded as 8 and 8 at 5 and 10 minutes of life. respectively.

The infant’s birth weight was recorded as 3200 g (36th percentile), length was 52 cm (85th percentile), and her head circumference was 37.5 cm (95th percentile). The remainder of her stay in the newborn nursery was unremarkable and she was discharged home on day 3 of life. Her discharge exam was notable for a large anterior fontanelle with a slightly wide metopic suture and bilateral preauricular skin tags. Her neurological exam at discharge described normal and symmetric muscle tone, strength, and deep tendon reflexes.

On day 7 of life, she presented to the emergency room with new onset episodes of lateral gaze deviation with 4-extremity stiffening. She had a witnessed episode of left lateral gaze deviation in triage with associated body tensing. There was no antecedent history of fever, poor feeding, increased sleeping, trauma, or signs of illness. Her stat glucose was 83, and her stat electrolyte panel was normal.

In the emergency room, her mental status was described as alert and age appropriate. Her anterior fontanelle was soft and open. Her neck was supple. There were no signs of trauma. HEENT, cardiovascular, respiratory, and abdominal examinations were normal. Her neurological exam was described as “awake and crying with stimulation.”

She was initially loaded with 20 mg/kg of intravenous phenobarbital with resolution of seizure activity. The infant was taken for a stat head CT which was normal for age without evidence of acute pathology. She underwent a lumbar puncture and was started on prophylactic ampicillin, cefotaxime, and acyclovir.

The infant was admitted to the neonatal ICU and video EEG monitoring was initiated. Her initial neurological exam in the NICU was significant for the baby being “drowsy” and diffusely mildly hypotonic. Otherwise, her physical exam and neurological exam were unchanged. Her initial EEG following admission was notable for periods of discontinuity lasting up to 5 seconds or longer as well as frequent multifocal sharp waves that were excessive for the infant’s gestational age. Overall, the EEG interpreted as concerning for a moderate, diffuse encephalopathy.

The morning after admission, the patient’s EEG revealed a total of 10 subclinical seizures between 8 AM and 10:40 AM. These seizures all emerged from the patient’s right temporal lobe and occipital cortical region and lasted between 50 to 120 seconds. No clinical correlate was appreciated on video EEG monitoring. The nursing team raised concerns about episodes of eye deviation, but these did not have an electrographic correlate. Subsequently she was loaded with an additional 10 mg/kg of phenobarbital with resolution of the seizure activity. She was started on phenobarbital maintenance at 4 mg/kg/QHS.

Her initial neurological exam by the consulting neurology team was notable for an awake infant who would intermittently cry. Her head circumference was 36.5 cm (89th percentile). Her anterior fontanelle was soft, and her pupils were 3 mm and reactive bilaterally to penlight interrogation. She did not fix visually or follow faces. Her face was symmetric, her tongue was midline, and her palate elevated symmetrically with cry. She had a disorganized suck reflex. Muscle tone, bulk, and strength were felt to be age appropriate. Reflexes were 2/2 throughout and symmetric. No clonus was noted at her ankles. Her Moro reflexes as well as palmar and plantar grasp reflexes were intact and symmetric.

Her brain MRI on day 8 of life was notable for slightly delayed myelination for gestational age. The radiologist noted nonspecific T2 hyperintensity in the white matter diffusely and a borderline increased T1 signal in the basal ganglia and thalami. There was no diffusion restriction to suggest acute hypoxic ischemic injuries, but sequelae of subacute hypoxic ischemic injury could not be excluded.

The infant was reconnected to video EEG after her MRI was performed and her electrographic seizure activity recurred approximately 15 hours after it had ceased with second phenobarbital bolus. Focal seizures were noted independently from the bitemporal regions. Her bedside team was readily able to identify this seizure activity as she was having desaturations with the seizure events or her breathing would change distinctly and she would make a “gulping” noise. She was loaded with levetiracetam 50 mg/kg intravenously without resolution of her seizure activity.

Her electrographic and clinical seizure continued to increase until her video EEG captured up to 20 brief seizures per hour. She was given fosphenytoin 20 mg/kg IV x1 with resolution of seizure activity. She was subsequently given pyridoxine 100 mg IV x1 and her EEG background activity become discontinuous and consistent with a burst suppression coma pattern for several hours before reverting to the previously described baseline. Seizures did not recur. She was discharged home 3 days later on keppra prophylaxis and vitamin B6 100 mg daily. A stat epilepsy panel was sent out prior to discharge.

Ten days after seizure onset, the infant’s CSF studies returned with a pyridoxyl 5-phosphate level of < 5 umol/L and an alpha-aminoadipic semialdehyde level of 6.89 umol/L (elevated); these findings are consistent with a diagnosis of pyridoxine responsive epilepsy. She was subsequently weaned off of levetiracetam and continues on pyridoxine 35 mg/kg/day with excellent seizure control. Her genetic testing returned with 2 pathogenic variants of ALDH7A1 further supporting the diagnosis of pyridoxine responsive epilepsy.

Pyridoxine responsive epilepsy is an organic aciduria associated with intractable perinatal seizures that respond exquisitely to large doses of vitamin B6; the most common cause is a deficiency in the protein antiquitin (ATQ) encoded by the ALDH7A1 gene.1 Infant’s typically present within the first week of life with intractable seizures without a history of perinatal distress or concerns for hypoxic ischemic injuries. However, the response of seizures to initial administration of antiepileptic medications can mimic the course of hypoxic injuries and mislead clinicians. A trial of intravenous pyridoxine may lead to abrupt seizure cessation, but does not necessarily do so. Intravenous pyridoxine can also lead to apnea in this patient population and should be undertaken in an intensive care setting. The EEG record can briefly convert to a burst suppression pattern before reverting to baseline. Lifelong pyridoxine supplementation is required for seizure control, but most patients will still develop a variable degree of intellectual disability.