Using rigorous cell-based assays, cerebrospinal fluid GFAP levels were significantly lower in double-seronegative NMOSD than AQP4-positive NMOSD but did not differ between those with MOGAD or other neurological diseases. 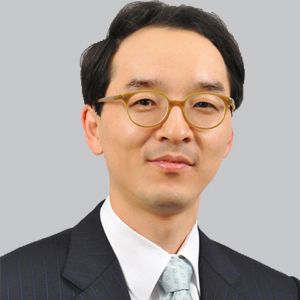 "The current evidence of the pathophysiological distinction between DN-NMOSD and AQP4-NMOSD raises an issue of whether these two potentially different diseases should be within the same umbrella of NMOSD," senior investigator Ho J. Kim, MD, PhD, consultant neurologist and principal scientist, National Cancer Center, Goyang, Korea, and colleagues, wrote. Currently, the only approved medications to treat NMOSD are indicatedfor those with a presence of AQP4 antibodies.

Although the majority of individuals with NMOSD defined by the 2015 revised diagnostic criteria show seropositivity for AQP4 antibody, the criteria does allow diagnosis for those who test positive for MOG antibody and not AQP4. Despite repeated rigorous antibody measurements with reliable assays, some individuals with NMOSD phenotype remain persistently negative for both AQP4 and MOG antibodies, which may pose diagnostic and therapeutic challenges.

In the study, all CSF samples were collected within 1 month of clinical exacerbation and most of the samples were obtained before the initiation of high dose steroid therapy (DN-NMOSD: 94% [16 of 17]; AQP4-NMOSD: 83% [25 of 30], MOGAD: 71% [12 of 17]). Serostatus of AQP4 antibodies was confirmed using an in-house live cell-based assay (CBA) and a commercial CBA, while the serostatus of anti-MOG antibodies was determined using the in-house CBA with live transfected cells with a full-length human MOG.

In comparison to ONDs, the control group, none of the DN-NMOSD and MOGAD groups showed higher CSF GFAP levels. In contrast, the CSF GFAP levels of most participants (90%; 27 of 30) in the AQP4-NMOSD group were higher than the highest measured CSF GFAP level in the OND group, and the remaining 3 participants with AQP4-NMOSD experienced relatively mild clinical symptoms.

Two recent trials that applied the 2015 NMOSD criteria revealed that the efficacy of therapeutic agents for AQP4-negative NMOSD was unclear compared to that for AQP4-positive NMOSD. One of them, a notable phase 3 trial evaluating satralizumab (Enspryng; Genentech), showed relapses in 11% of seropositive patients compared with 36% of seronegative patients on the study drug over a median treatment duration of 107.4 weeks.2 The second trial, the N-MOmentum study (NCT02200770), showed a high rate of rejection of AQP4-negative participants from enrollment, with annualized relapse rates that were not as efficacious as compared with the AQP4-positive treated group.3

Previously, findings presented at the Americas Committee for Treatment and Research in Multiple Sclerosis (ACTRIMS) Forum 2022, February 24-26, in West Palm Beach, Florida, showed that GFAP might be a potentially critical biomarker for NMOSD. A systematic review of 7 major randomized controlled trials showed that patients with NMOSD with increased baseline GFAP were more likely to experience attacks. Additionally, a portion of patients with an elevation in GFAP had neurological symptoms that led to unconfirmed attacks.4