Serum GFA Identified as a Biomarker for NMOSD, sNfL as a Predictor of Poor Post-Attack Outcomes

A systematic literature review of randomized controlled trials in neuromyelitis optica spectrum disorder was performed, with 7 studies identified and 2 used in analyses. 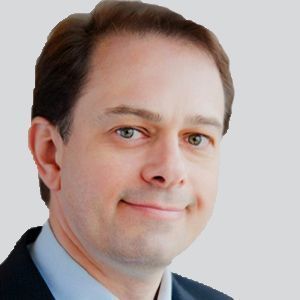 Recently published findings suggest that serum glial fibrillary acidic protein (sGFAP) may serve as a biomarker for neuromyelitis optic spectrum disorder (NMOSD), and serum neurofilament light chain (sNfL) may act as a predictor of poor outcomes after attacks. Investigators further concluded that while new radiographic lesions are typically associated with clinical NMOSD attacks, there was a large number of asymptomatic contrast-enhancing events in NMOSD.1

N-MOmentum and TANGO were the sole 2 studies to prospectively assess MRI and fluid biomarkers, but MRI and biomarker data from TANGO were unavailable. Using single-molecule assays (SIMOA), serum biomarkers were measured, including GFAP, NfL, ubiquitin carboxyl-terminal hydrolase L1 (UCHL1), and tau protein. Compared with those with lower baseline sGFAP concentration, Cree noted that patients who increased baseline concentrations were more likely to experience attacks. Additionally, a portion of patients with an elevation in sGFAP had neurological symptoms that then led to unconfirmed attacks. This may indicate sGFAP is more sensitive in detecting disease activity than clinical +/- radiographic criteria.

At attack and follow-up, sNFL was the strongest predictor of disability worsening, when compared with other biomarkers. In most cases, new MRI lesions corresponded with the clinical attack profile of study participants, and Cree noted MRI activity (gadolinium-DPTA + T1 lesions) was seen in almost half of asymptomatic patients. According to Cree, the present findings require validation via prospective observational data sets, as well as in the phase 2 TANGO study.

In Feb 2022, data were published from a post hoc analysis of the 28-week randomized-controlled period of the N-MOmentum trial, suggesting that treatment with inebilizumab was effective in reducing the severity of attacks for patients with NMOSD. The findings were presented at the 48th Annual Meeting of the North American Neuro-Ophthalmology Society (NANOS 2022), Feb 12-17, in Austin, Texas. During the randomized-controlled period, investigators found that 89% of the 161 patients treated with inebilizumab were attack-free vs 58% of the 52 patients who received placebo.2

Investigators conducted the post hoc analysis to understand attack severity in the 11% of patients with NMOSD who were not attack-free after being treated with inebilizumab. Attack severity was categorized according to changes in neurological function using a modified version of the Opticospinal Impairment Scale, graded as either major or minor. In the treatment group, there were a total of 18 attacks, 12 (67%) ranked as minor and 6 (33%) as major, compared with a total of 22 attacks in the placebo group, with 12 (55%) ranked as minor and 10 (45%) as major.