Feb 24, 2022
By Marco Meglio
Conferences|Americas Committee for Treatment and Research in Multiple Sclerosis

After 12 months of treatment, the 2 disease-modifying therapies were comparable in efficacy, with less treatment switching and discontinuation in cladribine-treated patients. 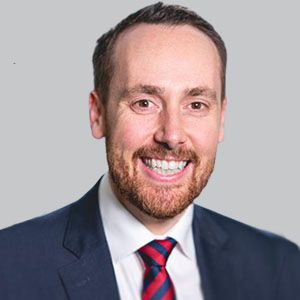 These results, presented at Americas Committee for Treatment and Research in Multiple Sclerosis (ACTRIMS) Forum 2022, February 24-26, in West Palm Beach, Florida, further clarify the efficacy profiles of the disease-modifying therapies (DMTs), which have been approved as first-line therapeutics for several years now.

Lead author Wallace Brownlee, MBChB, FRACP, neurologist and honorary associate professor, UCL Institute of Neurology, London, UK, and colleagues used relapse rates as the primary outcome to compare the medications. A noninferiority margin of 1.2 was set for the adjusted annualized relapse (ARR) ratio of cladribine to fingolimod. Secondary objectives included comparing additional relapse outcomes, treatment switching, and discontinuation. In total, 1095 patients, 610 initiating cladribine and 485 initiating fingolimod, were analyzed for up to a year.

Treatment switching was more common in the fingolimod group, with 10 (2.1%) patients switching to another DMT compared to just 1 (0.2%) patient who switched off cladribine to another DMT. Additionally, discontinuation was more common as well, with 7 (1.5%) patients discontinuing fingolimod whereas no patients discontinued cladribine. Notably, the time to first relapse and proportion of relapse-free patients were similar among the treatment arms. Brownlee and cauthors concluded that "future studies should investigate effectiveness and treatment persistence beyond the first 12 months of treatment."

This was not the first time the DMTs were compared, although this was the first real-world comparison. A 2018 observational study evaluating patients with relapse-onset MS who’d been on a DMT treatment for at least 1 year also showed similar relapse rates between cladribine and fingolimod. That study, which also included other MS DMTs, found that the probability of experiencing a relapse on cladribine is lower than interferon (P = .05), similar to fingolimod (P = .31) and higher than on natalizumab (Tyasbri; Biogen)(P = .042).2

Cladribine was greenlit by the FDA 2019 as a treatment for relapsing forms of MS in adults, including relapsing-remitting disease and active secondary progressive disease.3 Fingolimod has been on the market for longer, originally receiving FDA approval in 2010 as a medication for adults with RMS and then receiving a second indication in 2018 to treat children and adolescents aged 10 years and older with the same condition. This marked the first FDA approval of a drug to treat MS in pediatric patients.4

A NeurologyLive® Peer Exchange featuring experts such as Amy Perrin Ross, APN, MSN, CNRN, MSCN, and Stephanie Agrella, PhD, APN-BC, recently discussed the clinical use of cladribine with a number of other advanced practice clinicians. Watch below as the panel outlines data from supportive studies that have further bolstered the medication’s overall efficacy and safety profile.