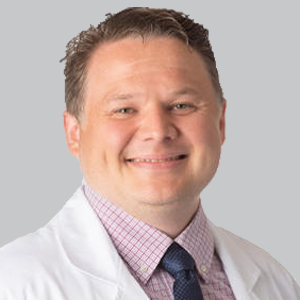 Days before the FDA is expected to make a decision on Eisai and Biogen’s antiamyloid therapy lecanemab, several clinicians raised concerns about the therapy following the death of a treated patient in the phase 3 Clarity AD trial (NCT03887455). Published in the New England Journal of Medicine, the authors concluded that the findings raise the possibility of cerebral hemorrhages and necrotizing vasculopathy associated with tissue plasminogen activator (tPA) infusion in those with cerebrovascular amyloid on lecanemab.1

In a corresponding response letter, investigators from the trial agreed that this case raises important management issues for patients with Alzheimer disease (AD), particularly those who are homozygous to the apolipoprotein (APOE) ε4. “Although tPA appears to be the proximate cause of death, this was an unusual case, and we understand why the authors want to highlight a potential concern,” Marwan Sabbagh, MD, and Christopher H. van Dyck, MD, authors of the corresponding letter, wrote. Additionally, they noted that there had been previous reports of fatal large intracerebral hemorrhages after tPA in those with cerebral amyloid angiopathy (CAA) in the absence of antiamyloid medications.2

The original paper, written by Nicholas J. Reish, MD, PhD, clinical assistant professor at the Feinberg School of Medicine at Northwestern University, and colleagues, highlighted a case of a 65-year-old patient participating in the open-label extension of Clarity AD. The study was included as supplementary evidence for lecanemab and its potential FDA decision, which is set to come by January 6, 2023. The individual was homozygous for the APOE ε4 allele, and was in the early stages of cognitive decline before being presented to an emergency department 30 minutes after the acute onset of aphasia and left gaze preference due to an ischemic stroke.1

In the trial's open-label phase, the patient received 3 intravenous infusions of lecanemab every 2 weeks, with the latest infusion administered 4 days before the stroke. Mild small-vessel disease, with no microhemorrhages, edema, or amyloid-related imaging abnormalities, was observed at 81 days on MRI prior to the stroke. Additionally, moments before tPA administration, CT scans showed hypodensities in the left temporal-parietal regions and a distal left middle cerebral artery branch occlusion, but no hemorrhage.

Despite no contraindications to thrombolysis and the procedure being within the conventional time, the patient developed a cerebral hemorrhage, with the first symptom occurring 8 minutes after the tPA infusion. In the immediate CT scans, the patient demonstrated extensive, multifocal intraparenchymal hemorrhages. Investigators found no systemic bleeding, and cryoprecipitate and tranexamic acid were administered. Additionally, the patient showed global aphasia and severe agitation, as well as frequent nonconvulsive seizures that were successfully treated with antiseizure medications.

Three days after CT scans, the individual underwent endotracheal intubation, as well as an MRI. There, investigators found acute right thalamocapsular infarction, and innumerable multifocal cortical and subcortical hemorrhages surrounding edema. The death occurred after the decision by the family to withdraw life support 4 days after the CT scan.

In the autopsy, extensive multifocal intraparenchymal hemorrhages, CAA, "high" Alzheimer disease neuropathologic changes, and diffuse histiocytic vasculitis with necrotizing vasculopathy involving amyloid deposition within the blood-vessel walls were observed. Sabbagh and van Dyck noted that "intervening events from the time of the hemorrhage to the autopsy, including a period in which the systolic blood pressure was greater than 200 mm Hg, may have impacted the autopsy findings."2

The 2 investigators also pointed to another patient who received lecanemab in the extension phase and had developed a cerebral hemorrhage and had been taking apixaban for atrial fibrillation. Furthermore, this case described in the letter was the first fatal hemorrhagic event occurring after tPA treatment that had been reported from the Clarity AD trial. Vasculitis, mentioned by Reish et al, had not been previously reported in association with lecanemab, although Sabbagh and van Dyck noted that there have been more than 95 previous reports in the literature describing uncommon cases of vasculitis associated with CAA that were not associated with antiamyloid therapy.

This ws the third death from a patient on lecanemab in Clarity AD, with the first 2 reported in a presentation at the 2022 Clinical Trials on Alzheimer’s Disease (CTAD) conference, held November 29 to December 2, in San Francisco, California. There, a panel of experts presented several analyses from the trial, including efficacy, safety, biomarker, and sensitivity. Submitted under the accelerated approval pathway—the same pathway that Biogen’s aducanumab (Aduhelm) was approved under in 2021—the application was supported by data from the phase 2b proof-of-concept trial, known as Study 201 (NCT01767311), as well as Clarity AD, which will serve as supplementary.3

The first data set from this study was released in September 2022, with lecanemab showing a statistically significant 27% reduction in the primary end point of Clinical Dementia Rating-Sum of Boxes (CDR-SB) when compared with placebo over an 18-month treatment period (P = .00005). If approved, it would join aducanumab as the second antiamyloid therapy to be greenlit for early AD.