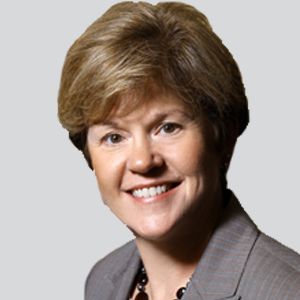 In recent decades, the development of therapies for patients with relapsing-remitting multiple sclerosis (RRMS) has significantly progressed, with FDA approval of numerous anti-inflammatory disease-modifying therapies (DMTs). However, advances in drug development for progressive forms of MS—affecting an estimated 10% to 15% of patients with MS&mdash;have lagged considerably in comparison.1

“Disease modification for progressive MS continues to be challenging,” said Kathleen Costello, MS, a board-certified adult nurse practitioner and MS nurse specialist as well as the National Multiple Sclerosis Society’s associate vice president of healthcare access. “Most current therapies that are FDA approved for relapsing forms of MS include ‘active secondary progressive MS’ in the approval, but that implies that there is ongoing inflammation as seen on MRI or presenting as a relapse,” she told NeurologyLive®, whereas primary-progressive MS (PPMS) is characterized by steadily worsening neurologic function with no relapses.

This treatment gap is largely attributed to the continued lack of clarity regarding the mechanisms that drive disease activity in PPMS and secondary-progressive MS. Disease progression has been cited as the main contributing factor in MS-related disability accumulation, further underscoring the need for effective treatment strategies for the disease’s progressive forms.2

“I think the biggest challenge in treating progressive MS is understanding its pathophysiology,” said Robert J. Fox, MD, staff neurologist at the Mellen Center for Multiple Sclerosis and vice-chair for research at the Neurological Institute of Cleveland Clinic in Ohio. “What is truly driving the insidious decline? Is it compartmentalized inflammation? A metabolic derangement? A mitochondrial dysfunction? At this point, we really don’t know.”

While it is understood that relapses in RRMS are driven by inflammation due to infiltration of peripheral leukocytes across the blood-brain barrier into the central nervous system (CNS), the relationship between inflammation and the blood-brain barrier in progressive MS is less clear.3 Historically, MS research has focused predominantly on the relapsing phase of MS, in which relapses and inflammation can be assessed on MRI.2 In progressive MS, the lack of specific biomarkers and outcomes measures have presented barriers to the development of new therapies.2

The available evidence suggests that “progressive MS is characterized by ongoing inflammation that occurs within the CNS, with an intact blood-brain barrier,” according to Costello. “There appear to be more activated microglia as well as involvement of T and B lymphocytes in progressive MS, and there is evidence of mitochondrial and axonal damage from reactive oxygen species and nitrogen species, which can lead to neurodegeneration.”

The compartmentalized inflammation associated with progressive MS may limit or preclude the effectiveness of anti-inflammatory DMTs that have shown promise in RRMS.4

In research described in 2019 in the European Journal of Neurology, investigators from the MSBase cohort study conducted an analyses of pooled data (n = 1284) to examine the effects of anti-inflammatory DMTs approved for RRMS and used off-label to treat progressive MS.1 The MSBase team found that these agents had no substantial effect on the short- to medium-term disability outcomes of progressive MS patients, as indicated by a lack of significant difference between treated and untreated patients in the hazard ratios of 3&#8208;month confirmed Expanded Disability Status Scale (EDSS) progression events (HR, 1.0; 95% CI, 0.6—1.7; P = .87), confirmed EDSS improvement (HR, 1.0; 95% CI, 0.6—1.6; P = .91), or reaching a confirmed EDSS step ≥7 (HR, 1.1; 95% CI, 0.7—1.6; P = .69).

Ocrelizumab, currently the only FDA-approved agent to treat PPMS, is the only therapy thus far that has demonstrated efficacy in reducing the accumulation of disability in this patient population. In the results of the phase 3 ORATORIO trial of 732 patients with PPMS, published in 2017 in the New England Journal of Medicine, the primary end point of confirmed disability progression at 12 weeks was observed in 32.9% of patients taking ocrelizumab compared with 39.3% of those in the placebo arm (HR, 0.76; 95% CI, 0.59-0.98; P = .03).5

“While these results are modest, they do indicate a place for ocrelizumab in the treatment of some individuals with PPMS,” Costello said.

Many researchers are trying “to better understand the true driving pathophysiology of progressive MS,” said Fox. “Once that is better understood, it should be easier to develop therapies for it.”

To effectively guide the development of new treatment strategies, Costello said that the immunopathological mechanisms involved in progressive MS, as well as mechanisms that inhibit remyelination, both need to be elucidated. “Treatments that can slow or stop progression and reduce damage to axons, and strategies that could promote remyelination, would certainly change the treatment paradigm in progressive MS” and improve disease stability, she said, allowing patients to participate in desired activities.

Potential therapies under investigation include agents to inhibit microglial activation and reduce oxidative stress.2 Additionally, researchers are currently aiming to identify the most appropriate biomarkers to use in screening progressive MS therapies. In this area, a wide range of potential measures may indicate disease progression, including plasma neurofilament light chain levels, unique volatile organic compounds in the breath, and other MRI, blood, and cerebrospinal fluid biomarkers.6

“At this point, imaging biomarkers appear to hold the most promise in progressive MS,” said Fox. “Cortical atrophy and magnetization transfer ratio (MTR) imaging appear to have good reproducibility and dynamic change over time. The phase 2 SPRINT-MS trial found both of these to be particularly powerful in measuring the effect of ibudilast in progressive MS.”7

“Progressive forms of MS present increased challenges due to the accumulation of disability, which may include difficulties with mobility, cognition, balance, or other symptoms, leading to greater challenges with maintaining employment and other role responsibilities,” Costello explained. “These complex issues require a coordinated and comprehensive approach that may include rehabilitation, mental health, neuropsychology, vocational rehabilitation, and others to optimize function and ability to participate.”

Costello noted that not all practices have access to the resources listed above. To help, the National Multiple Sclerosis Society has a staff of highly trained MS Navigators available to partner with health care providers and patients to provide support, identify resources, and assist with job challenges and disability affecting individuals with progressive MS. 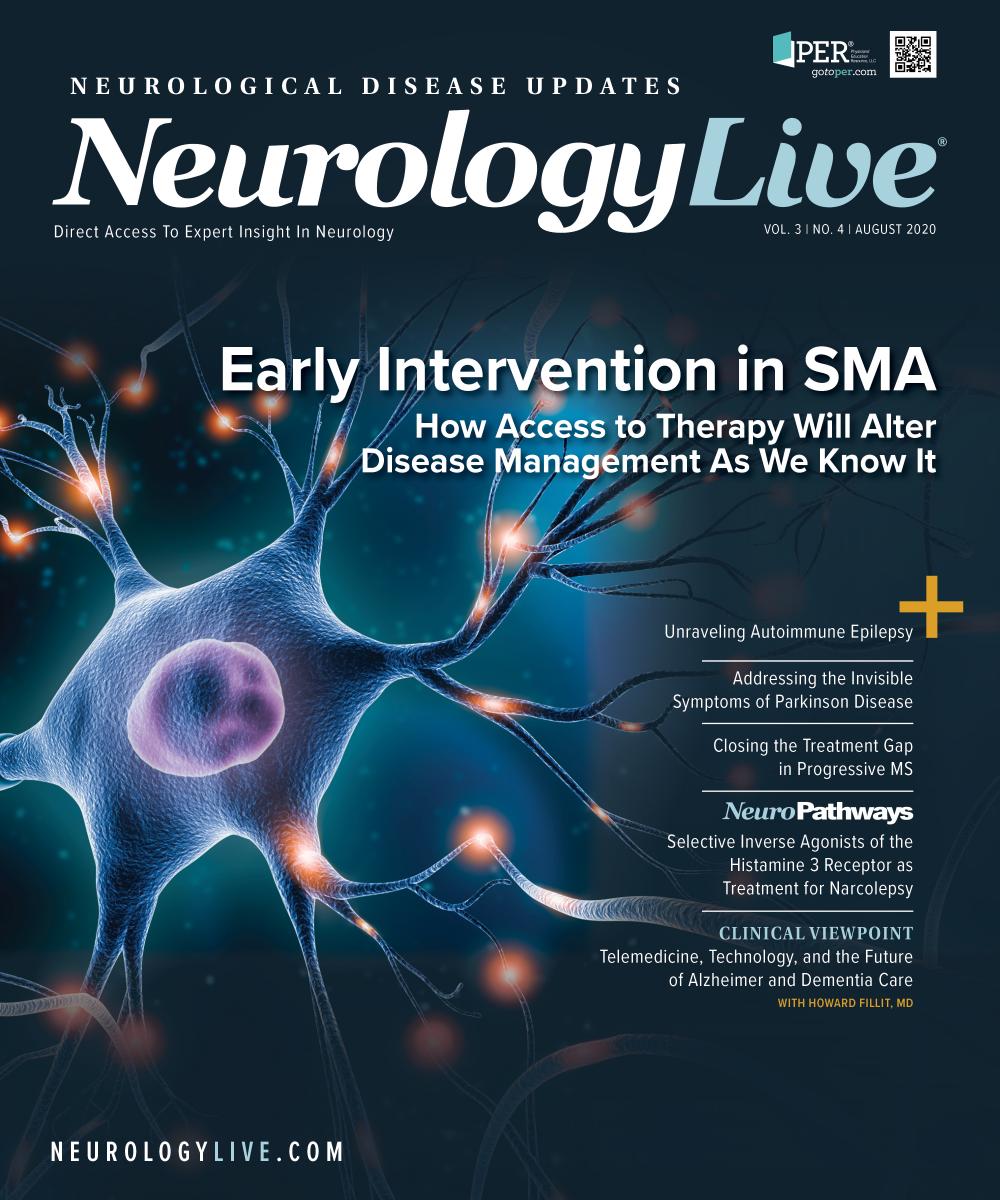 Selective Inverse Agonists of the Histamine 3 Receptor as Treatment for Narcolepsy
Closing the Treatment Gap in Progressive MS
AMX0035 Takes Dual Approach to Dementia
Unraveling Autoimmune Epilepsy
Telemedicine, Technology, and the Future of Alzheimer and Dementia Care
Approaching Multiple Sclerosis With a Global Perspective
Early Intervention in SMA: How Access to Therapy Will Alter Disease Management As We Know It
Related Videos
Related Content