Multiple abstracts at SLEEP 2020 show CBT-I’s success in aiding women with insomnia, including those going through pregnancy, and those who are veterans both with and without PTSD. 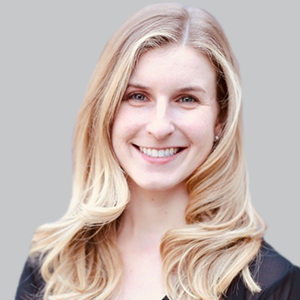 Cognitive behavioral therapy for insomnia (CBT-I) appears to be a positive tool for the improvement of sleep and insomnia symptoms in women with insomnia, according to a number of abstracts presented virtually at SLEEP 2020.

The first abstract’s findings showed that a digital CBT-I tool can improve sleep quality and sleep duration for women both during pregnancy and post-childbirth, though the authors did not that the tool likely needs to be more specifically tailored to optimize outcomes for perinatal patients.1 The second abstract suggested that CBT-I could be an effective treatment for insomnia symptoms in women veterans regardless of the presence of posttraumatic stress disorder (PTSD), but appropriate sequencing remains unstudied and possibly important.2

Additionally, Kalmbach and colleagues noted that after childbirth, CBT-I randomized patients slept longer by 40 minutes per night (P = .01) and reported better sleep maintenance relative to controls. There were no pre- or post-natal treatment effects on depression or cognitive arousal observed, as measured by the Edinburgh Postnatal Depression Scale (EPDS), and Pre-Sleep Arousal Scale’s Cognitive factor (PSAS-C).

“Over half of pregnant women experience clinical insomnia, which is linked to perinatal depression and cognitive-emotional dysregulation,” Kalmbach and colleagues wrote. “Despite high rates of prenatal insomnia and known maternal consequences, efficacious insomnia treatment options for this population are woefully scant.”

Kalmbach et al. noted that the efficacy of face-to-face cognitive-behavioral therapy for insomnia has been supported for prenatal insomnia by early evidence. One such piece of evidence was data published in January this year, which deemed CBT-I effective, safe, and acceptable by investigators as an intervention for insomnia symptoms in pregnant women.

The insomnia therapy also appeared to be scalable to a larger population of patients. Those randomized to digital CBT (n = 105) experienced significantly greater improvement in insomnia symptoms, as measured by the total score on the ISI, compared to those who received standard treatment (n = 103), for a difference of −0.36 (95% CI, −0.48 to −0.23; χ2, 29.8; P <.001; d = −1.03). As well, the differences from baseline to postintervention for all secondary outcomes, with the exception of sleep duration, were statistically significant for those in the CBT group.3

“Yet, as many patients are unable to access this specialist-driven care, a critical need exists to increase its accessibility,” Kalmbach et al. wrote, pointing to a critical need in access. This access to care has been a concern for veterans for quite some time, and as CBT-I has shown to be effective at improving sleep among individuals with comorbid psychiatric conditions, it appeared to hold promise for one such population—women veterans.

According to Gwendolyn C. Carlson, PhD, and colleagues, up to 25% of women veterans who are receiving VA healthcare meet diagnostic criteria for a set of comorbid conditions that CBT-I might help: insomnia disorder and PTSD.2

“However, no studies have examined the impact of CBT-I in women with insomnia plus PTSD. The current analyses examined changes in sleep symptoms, quality of life, and mental health symptoms from pre- to post-CBT-I in women veterans with and without PTSD,” Carlson, a clinical psychologist in the Women's Health Clinic at the VA Greater Los Angeles Healthcare System, and colleagues, wrote.

All told, their secondary analysis included 75 women with insomnia, 32 of which had probably PTSD, who were treated with CBT-I as part of a behavioral sleep intervention study (NCT02076165). Similar to the first assessment, there were significant improvements in ISI scores (P ≤.001) and PSQI scores (P ≤.001) for women treated with CBT-I from baseline to post-treatment and 3-month follow-up.

When stratified by PTSD (probable PTSD defined as PCL-5 score ≥33), there were no significant changes in score differences between women veterans with and without PTSD from baseline to post-treatment (P =.06 to .98) or 3-month follow-up (P =.09 to .93).