Even after adjusting for multiple confounding variables including recognized factors associated with cardiovascular diseases, PTSD plus insomnia remained an independent factor of major adverse cardiovascular events. 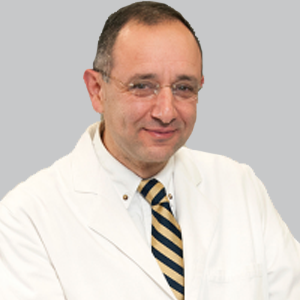 Results from a retrospective analysis of national Veterans Health Administration (VHA) electronic medical records showed that a diagnosis of posttraumatic stress disorder (PTSD) plus insomnia were associated with a higher risk of major adverse cardiovascular events (MACEs) than either condition alone.1

"Notwithstanding the lack of data to support a mechanistic explanation, furthering the understanding of neurobiological pathways and the role of inflammatory mediators in promoting atherogenesis under both conditions will be critical to identifying new treatment and prevention strategies to counter the progression of CVD in this population," lead investigator Ali A. El Solh, MD, MPH, professor of medicine, University at Buffalo, and colleagues, concluded.

El Solh et al aimed to see whether these conditions, which have been previously shown as independent risks for cardiovascular mortality, increase the number of MACEs when both are present. MACE was defined as a new-onset myocardial infarction (MI), transient ischemic attack (TIA), or stroke, based on International Classification of Diseases, Ninth Revision (ICD-9) or Tenth Revision (ICD-10) criteria.

READ MORE: Turning Back the Clock: Pediatric Sleep Disorders and the Start of School

The study excluded patients with obstructive and central sleep apnea, as well as those who did not receive VA primary care within 2 years before their diagnosis of PTSD, and veterans who did not have any medications dispensed by the VA within 1 year. The cohort was mainly men (83.0%), White (79.0%), and had no difference in average body mass index (BMI) between the 3 categories (P = .54), with most patients having a BMI greater than 30. Overall, the prevalence of anxiety and depression was 24.2% and 29.3%, respectively, and was more frequent in patients with PTSD plus insomnia (29.6% vs 34.7%) than either PTSD (24.1% and 29.6%) or insomnia (22.3% and 26.2%) alone.

Results on Cox proportional hazards models showed that PTSD plus insomnia was significantly associated with greater risk of developing MACEs (hazard ratio [HR], 1.44; 95% CI, 1.38-1.50; P = .01) than either condition after adjusting for multiple covariates including age, gender, smoking, hypertension, depression, and burden of comorbidities. Using the aforementioned variables, as well as the use of opiates, the diagnosis of PTSD plus insomnia remained an independent predictor of MACEs (HR, 1.67; 95% CI, 1.11-2.50; P = .01). In the fully adjusted model, there were no statistical interactions of PTSD plus insomnia with age (P = .65) or depression (P = .71).

There were several notable limitations in the study, including the potential influence of selection bias and missing data. Claims data may have included patients with undiagnosed obstructive sleep apnea, which was particularly relevant to the Veteran population in whom underdiagnosed and undertreated sleep disorders are common among those at-risk for cardiovascular disease. Additionally, there were statistical limitations, and investigators were unable to account for time-varying covariates such as PTSD or insomnia severity.