Notably, the data unveiled a previously unreported link between a positive family history of parkinsonism and dementia, and carbon monoxide poisoning. 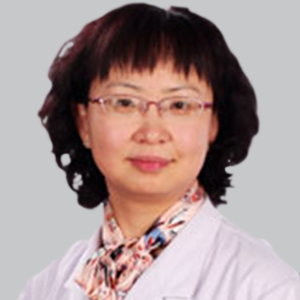 New data published in Neurology from a community-based study in Beijing, China, of more than 7000 individuals have re-confirmed a number of identifiable risk factors that exist in those with possible rapid eye movement (REM) sleep behavior disorder (RBD).1

Particularly, the data replicated prior literature in the links identified between possible RBD and hyperlipidemia, smoking, pesticide exposure, and several symptoms of prodromal Parkinson disease. The investigators noted that while the risk factor profiles for possible RBD resemble those of Parkinson disease in part, they differ in distinct ways.

Mao and colleagues wrote that the data, in combination with prior literature, might suggest a common pathophysiological pathway linking carbon monoxide intoxication with RBD and Parkinson. There is a possibility, they wrote, that the poisoning might damage the REM sleep circuit located in the pontine tegmentum and ventromedial medulla, by which it would then increase the risk of RBD.

“As RBD is the most specific prodromal marker of Parkinson and dementia with Lewy bodies, studying the risk factors of RBD provides a window to understand the etiology and identify at-risk individuals of neurodegenerative synucleinopathies in their prodromal stages,” Mao et al. wrote. “onsistent with Parkinson disease/dementia with Lewy bodies, we found that participants with probable RBD were more likely to report a family history of parkinsonism or dementia, which may suggest that common genetic and/or environmental factors are involved in the development of RBD and neurodegenerative synucleinopathies.”

The group found those with possible RBD using the validated RBD questionnaire-Hong Kong in 2010, and assessed a series of environmental, lifestyle and other potential risk factors with a standardized questionnaire the year prior. Multivariable logistic regression analysis was performed to investigate the association between the studied factors and possible RBD.”

All told, the study included 7225 participants aged 55 years and older from the Beijing Longitudinal Study on Aging II (BLSA II) cohort. Of those, 3% (n = 219) of the group were deemed as having possible RBD.

“Of note, we found no association between possible RBD and tremor symptoms, which may be explained by the previous finding that Parkinson patients with RBD are more likely to have a specific motor subtype with akinetic-rigidity predominance,” Mao et al. wrote. “However, our results should be interpreted with caution since all motor symptoms were screened using a questionnaire, without objective examination. Furthermore, the 8-item Parkinson screening questionnaire that was used in the present study needs to be further validated in both clinical and community settings.”

This work from Mao et al. joins a number of other recent publications in assessing the relationship between probably RBD and neurodegenerative disease and its risk factors. Earlier this year, work from Maria L. Fantini, MD, PhD, Sleep and EEG Unit, Centre Hospitalier Universitaire de Clermond-Ferrand, and colleagues on the impact of possible RBD in those with Parkinson disease from the Parkinson’s Progression Markers Initiative (PPMI) revealed that probable RBD is not associated with impulse control disorder behaviors (ICBs) symptom development in patients with early Parkinson disease compared with other factors such as depression, male sex, and dopamine agonist exposure.

After adjusting for covariates, both baseline probable RBD and time-dependent probable RBD were not associated with an increased risk for incident ICB symptoms, with adjusted hazard ratios of 1.17 (P = .458) and 1.27 (P = .257), respectively.2