Zhittya Genesis Medicine announced the trial to evaluate its biological drug, FGF-1, which is administered via an intranasal delivery device, in a cohort of individuals with mild to moderate ALS. 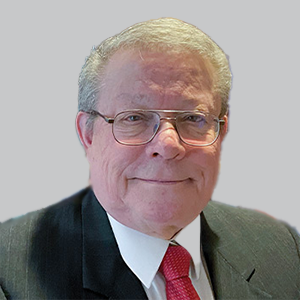 Zhittya Genesis Medicine recently announced the initiation of a Compassionate Use Clinical Trial for the treatment of amyotrophic lateral sclerosis (ALS). The trial will evaluate the company’s proprietary FGF-1 biological drug with an intranasal delivery device to introduce medicine into the brain.1

The human proof-of-concept study will enroll patients with mild to moderately severe ALS and aim to establish safety of the treatment, as well as possible improvements in symptoms of the disease. There will be no placebo dose administered.

“Starting this ‘Compassionate Use Clinical Trial’ represents another major step for us and our partners in learning whether our medicine is safe in humans and, if so, whether we can modify the progression of ALS to enhance outcomes for those afflicted by this terrible disease,” Daniel C. Montano, CEO, Zhittya, said in a statement.1 “Over the last 2 decades, we’ve dedicated tremendous resources to reach the point where we can now officially test our hypothesis that ALS is a disorder caused by issues of micro-vascularization within the brain. We are entering a true proof of concept trial that will hopefully indicate we can treat and possibly even reverse the effects of ALS.”

The treatment has previously been shown to be safe in animal models of other brain disorders such as stroke and Parkinson disease. FGF-1 has also been shown to be efficacious in regenerating new neurons in areas of the brain that are damaged, significantly improving motor skills in both rodents and primates.

READ MORE: Cognitive and Behavioral Involvement in ALS May Be Distinct Phenotype

“We are pleased that we are able to start this ‘Compassionate Use Clinical Trial’ as we believe there is an urgent need to test new compounds for this unmet medical need,” Jack Jacobs, PhD, president and chief science officer, Zhittya Genesis Medicine, said in a statement.1 “Our biological drug is capable of stimulating both new blood vessel growth and new motor neuron growth and has the potential to treat the root cause of ALS. I am very pleased we can offer our drug candidate via an intranasal delivery method as our animal data clearly shows that intranasally administered FGF-1 is transported into the brain via olfactory nerves and the trigeminal nerve which innervate the upper nasal cavity. I believe this is a first attempt to treat ALS with a potent growth factor administered intranasally and pray that it will change medical outcomes for ALS sufferers.”

In addition to this new study, a number of additional trials are underway for ALS, including a phase 2 clinical trial (NCT05039268) of an investigational treatment from ZZ Biotech, 3K3A-APC, which recently began dosing. The experimental drug, which previously saw success in acute ischemic stroke, is a genetically engineered variant of human active protein C (APC) that investigators hope will both protect motor neurons and attenuate microglial cells in patients with ALS, regardless of the genetic basis of the disease.2 As well, in November 2021, The first patients were dosed in the phase 3 PHOENIX study (NCT05021536), a global study evaluating the safety and efficacy of AMX0035 (Amylyx Pharmaceuticals), an investigational combination agent for patients with ALS, that was recently submitted to the FDA in a new drug application shortly before the new trial began. PHOENIX will span across approximately 65 sites in Europe and the US and plans to enroll 600 participants with clinically definite or clinically probable ALS within 24 hours from symptom onset.3

To learn more about the potential of the ZZ Biotech agent, NeurologyLive® sat down with Kent Pryor, PhD, CEO, ZZ Biotech. In conversation, Pryor provided more detail about the trial’s design, which is expected to enroll 16 patients divided into 2 cohorts. Listen to more about what Pryor had to say in the video below.