DaxibotulinumtoxinA Aims to Be Next Big Post-Stroke Spasticity Treatment 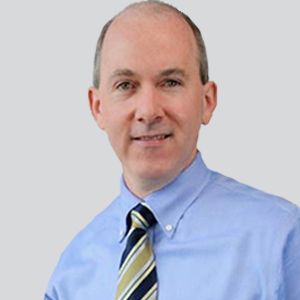 Revance Therapeutics recently announced that they had completed enrollment in the modified JUNIPER phase 2 trial for daxibotulinumtoxinA for injection for the treatment of upper limb spasticity in adults after stroke or traumatic brain injury (TBI). The 73 subjects dosed before enrollment was paused in March due to COVID-19 will be followed for up to 36 weeks.

Peter McAllister, MD, medical director of the New England Institute for Neurology and Headache and chief medical officer of the New England Institute for Clinical Research, is among the lead investigators of the trial and is excited to bring more light to an issue he feels does not garner enough attention. Following stroke, patients are oftentimes recommended physical therapy (PT) but are not fully made aware of the potential debilitating side effects and treatments available to help aid with them.

The company is expected to announce topline data from the JUNIPER trial sometime in early 2021. To gain more insight on the trial, and the importance of spasticity drugs and a post-stroke regimen, NeurologyLive talked with McAllister.

NeurologyLive: Can you provide an overview on the phase 2 study? What end points or goals are you trying to achieve?

Peter McAllister, MD: It was a randomized, double-blind, placebo-controlled study that evaluated patients who received injections of either daxibotunlinumtoxinA or placebo. There were different doses of daxibotunlinumtoxinA, including a low, medium, and high. The patients included were those who had upper limb spasticity following a stroke or traumatic brain injury. We used the end points that the FDA requires, including the modified Ashworth scale which measures the degree of tightness. We also looked at the global impression of change, which goes beyond just the tightness, but how the patient responds to it.

What does the current treatment landscape look like for patients with upper limb spasticity following stroke or TBI? Do you feel as though this is an area of clinical need that does not garner enough attention?

I think the fact that many people haven’t heard about it much is because it is way underdiagnosed and treated. There are 2 groups of doctors of clinicians who take care of stroke and TBI patients. The first 1 is when you have your initial stroke. That’s basically a life-threatening issue. You’re in the hospital, you’re getting clot busting drugs and then when you go home, most of the time you’re lost at follow-up. Meanwhile, in the majority of stroke patients, you’re getting tightening stiffness, pain, decreased range of motion, decreased use, but no one’s keying in on that and patients don’t know there’s even treatment. The standard of care, or the National Institute of Health consensus for first line treatment is the botulinum neurotoxins. In this country we have onabotunlinumtoxinA which is Botox. We have abobotunlinumtoxinA, which is Dysport and we have incobotulinumtoxinA otherwise known as Xeomin. Even those approved drugs are not used nearly as often as they should be. Patients are not told, “Hey this spasticity can be a big deal in your life, it can be painful, disfiguring, and can be treated.” The advantage of daxibotunlinumtoxinA is that because the way the core of the botulinumtoxin molecule works, it lasts longer than usual. Wouldn’t it be nice if you had a drug that worked really well to relieve spasticity and lasted longer?

Why do you feel there is the lack of awareness? Is it an educational thing or just not brought up enough in common clinical care practice?

For years, I’ve tried to give patient education materials and a long-term post stroke checklist, which is still in development right now. The idea is that the first thing you do for a stroke patient is get them on the right medicines, get a little physical therapy started, and then get them out. The way our broken healthcare system is that we are all in silos and sometimes those silos don’t communicate with each other. When a patient is home, they usually follow-up with their antiplatelet medicine and their cholesterol medicine with their primary care doctor, They may go to a neurologist, not all of whom are well versed in the use of these medicines. They may also go see a physical therapist and then it becomes complicated. Most therapists know that the botulinumtoxins exist, but they don’t think they are “natural.” Some physical therapists think that that if an individual has Botox done, it takes away from their ability to make money by doing more PT sessions. It’s really complicated. Patients should be given a uniform patient stroke post stroke checklist that includes skin, bladder, sexuality, sleep, and depression. You could also include spasticity and they can just go through and check those boxes and say, “Hey, I’ve done all these things to enhance the quality of my life,” post stroke or TBI.

What can be the long-term impact if the results of the study are successful?

Well, we not only need to raise awareness, but we also need to have better drugs and more variety of medicines that can help people. This drug has not been proved yet, that’s why we’re doing this study. If we had a drug that works equally as well, has a longer half-life, and a patient only needs to come 2—3 times a year to see a doctor, then that would have a lasting impact. I emphasize that last point because there are those who have travel difficulties, including the need of a wheelchair or live in rural communities where going twice a year might be reasonable, but going 4 times a year may be too much.

Is there anything else noteworthy about the study?

As a principal investigator, not speaking as a mouthpiece for the company, Botox, Dysport, and Xeomin are all very good products, and I use all 3 of them. But there really wasn’t much daylight between the 2 non-US products that came in, both similar to Botox. In my opinion, this is the biggest new advance in neuro toxin research in the last 2 decades, and that’s very important.