Dementia Emergency Department Use Can Be Reduced With Specialized Telemedicine

The professor of emergency medicine at the University of Wisconsin-Madison School of Medicine and Public Health discussed the impact that telemedicine, conducted in senior living communities, can have on emergency department visits for individuals with dementia. 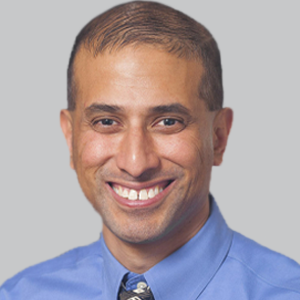 Recent literature has suggested that showed that a slightly more specialized brand of telemedicine in senior living communities can effectively decrease emergency department use by individuals with dementia.

As the data was observational, however, additional research is needed to understand how to effectively engage those with dementia and care facilities in implementing and optimizing its use, according to author Manish Shah, MD, MPH, professor of emergency medicine, University of Wisconsin-Madison School of Medicine and Public Health.

In the analysis, investigators compared the rate of emergency department use among subjects with dementia and access to high-intensity telemedicine services to control subjects with dementia but without access to the service. At the 2019 Alzheimer’s Association International Conference in Los Angeles, California, Shah said with NeurologyLive to discuss the findings from this secondary analysis.

NeurologyLive: What prompted this work into emergency department use among those with dementia?

Manish Shah, MD, MPH: One of the things that's pretty well known out there is that older adults struggle to get acute illness care. For patients with dementia, it's even harder. They have symptoms develop, they feel ill, they call their primary care provider, and it's going to potentially take a little while to get in to be seen. Or they call their specialty provider and it's going to take a little bit to get in to be seen. Combined with the fact that they often have functional limitations and transportation limitations result in us seeing them in the emergency department pretty regularly.

We're happy to take care of them—I think we actually do the best job possible we can to take care of them. But when a person has dementia, the emergency environment is challenging. The noise is unfamiliar, it's disruptive, and even with the geriatric emergency department initiatives, food and water may not be readily available. It just becomes really stressful, and who knows where that can go, necessarily? The question that we really started thinking of is: How can we provide emergency care to these individuals without that added stress, without that piece that that makes it a bad experience for them or makes it challenging for them and their caregiver?

How did you and colleagues land on telemedicine as the intervention to study?

One answer for these challenges that's been tossed around for a long time has been telemedicine. As the technologies improve, what we had done a few years back was a study with older adults to ascertain if we use telemedicine to replace emergency department visits and even urgent care type visits. We found 18% reduction in emergency department utilization.

What were the findings of the current study?

After we did that earlier study, the question that we started to ask just last year was: What about people with dementia? They're even more vulnerable than the average older adult. Maybe it works really well for them or maybe it doesn't. To our pleasure, what we saw was is that telemedicine, when we gave it to these folks in the intervention group, reduced emergency department visits by 24% per year, which was really fantastic to see.

Now, I think there's an important caveat to throw in here. Telemedicine, when the average person thinks of it, it's basically a video conferencing. It depends what the backend software is, but it's basically like FaceTime. You talk to a provider on the other end and that's what it is. What we doing—which is why we call this high-intensity telemedicine&mdash;is we actually sent a technician out to the patient's side, they would collect the information, they would collect pictures and sounds&mdash;belly sounds, heart sounds, lung sounds, pictures of eardrums, video of people doing things&mdash;and then they would link that up with the provider that's provided the telemedicine.

This had a lot much higher level of capability than what the average individual gets from most of the commercial services currently, and so there's a little difference that I think is an important caveat to understand. But we felt it was very important for folks that have multiple medical problems, that have multiple medications, that this person can do a medication reconciliation that may need some testing or something like that. We found it worked great.

Were there any challenges in this work or limitations to its use?

The challenge with this recent study, of course, is that we're just analyzing data from a previous study and so that is a limitation. Ideally, someone either needs to replicate this or think about whether this could have essentially been a false-positive result. We personally don't think so—the signal is so strong, and it makes so much sense to us. We think we've found a really significant finding here, but you can't change the world with just reanalyzing other data out there, necessarily. The researcher in me kind of is a little bit cautious about this, but I think that it's fantastic and that it changes the game.

If you can just take care of people in their home, it's the easiest possible care. It's a comfortable environment, you don't have to travel. That, for folks with dementia, can be a complete game-changer compared to the environment that we put them in at a hospital.

How could this be applied in clinical practice?

There are really 2 models in my mind. One is to actually have the staff at the facility be that technician. We really explore that in the research study and the partners we work with actually cautioned us against that for a variety of reasons. I think it could still work, it just needs to be in the right environment, and you need to figure out what's going to work in your community.

The other model, which actually has a little bit more flexibility, is to have it almost be kind of like a utility model. The utility company owns the power lines, but who generates the electricity and who actually uses the electricity can change. The advantage, in my mind, thinking very long-term, is why not be able to provide this type of service to people who live in their own homes? In that case, you're not going to have that nurse or a nursing aide that we have in these facilities.

The advantage would be that if you have these folks, independent providers—not to use a brand name but something like Uber could be this provider quite honestly&mdash;could really go to these senior living communities and could go to Jane Doe at her home and help her out there or whatever the case might be. Even though I'm not involved with these, I've heard of a few companies out there advertising and whatnot that are exactly looking at this, and some health systems that are exactly looking at this, as a way to really change how we deliver healthcare. If you think about it, the current model of healthcare we have of everyone coming to the doctor, coming to the hospital&mdash;we've gone to the moon since that model. Why not change how we deliver healthcare? It's much more convenient, much easier and much less stressful, and I think that's where the potential is long-term.