New findings have suggested dementia is a result of worsened white matter rarefaction, phosphorylated tau, and arteriolosclerosis due to repeated head trauma in former football players with CTE. 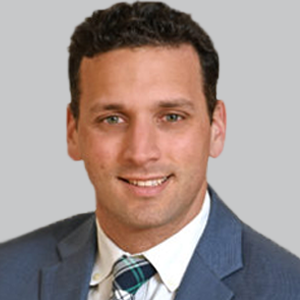 Recent study findings suggest that in individuals who have played football with chronic traumatic encephalopathy, dementia is a result of neuropathologic alterations caused by repeated head impacts. These changes include worse white matter rarefaction and phosphorylated tau, and even non-head trauma like arteriolosclerosis.1

“White matter rarefaction and neurofibrillary tangles were associated with dementia,” Michael L. Alosco, PhD, of the Boston University Alzheimer’s Disease Center and CTE Center, and colleagues wrote. They noted that arteriolosclerosis was determined to have contributed to dementia, though it was not associated with the number of years of play.

Phosphorylated tau accumulation was determined based on the individual’s CTE stage (stage I: 6.7%, n = 12; stage II: 12.8%, n = 23; stage III: 47.8%, n = 86; IV: 32.8%, n = 59) and semiquantitative rating of DLFC NFTs. “The DLFC is an initial region of phosphorylated tau accumulation in CTE, and DLFC NFTs’ burden contributed to dementia in this sample of participants with CTE and other comorbid neurodegenerative pathologic characteristics,” Alosco and colleagues wrote.

The investigators added that these findings are similar with prior literature linking plaques and NFTs from individuals with Alzheimer disease with clinical decline. The rate of dementia in this cohort was more than double the rate found recently by Stern et al. in a small cohort (n = 30) similar to that of the current study, Alosco and co. noted. “Dementia in [Alzheimer] is a result of mixed neuropathologic changes, not only phosphorylated tau, and the current findings support a similar phenomenon in CTE,” they wrote.

In an accompanying editorial, Julie A. Schneider, MD, MS, of Rush Alzheimer's Disease Center, Rush University, noted that this work “uncovered several important and new insights into the pathologic pathways to dementia in deceased individuals who had played football and had had CTE.”2

Importantly, Schneider pointed out that although white matter changes which come along with aging are mostly considered of vascular origin, this study it “was not associated with vascular risk factors [and] vascular disease.” Additionally, it was not associated with the presence of neurodegenerative diseases, such as Alzheimer disease (50%; n = 90), Lewy body dementia (21.1%; n = 38), frontotemporal lobar degeneration (8.8%; n = 16).

The editorial also noted how the findings “underscore the importance of studying the risk factors and mechanisms for the white matter rarefaction, in addition to the tauopathy in individuals who have played US football and have CTE.” As well, the results point to small-vessel disease—in this case, arteriolosclerosis&mdash;as a third “and distinct” route to dementia for those with CTE, Scheinder remarked.

Alosco and coauthors concluded by expressing the need to increase the understanding of CTE, including its comorbid factors and symptom profile, calling it “imperative” to “diagnose, treat, and prevent this progressive brain disease.”