Patients with refractory temporal lobe epilepsy may be more inclined to opt for surgery when they understand the long-term cost effectiveness, as well as rates of increased seizure freedom and reduced seizure relapses. 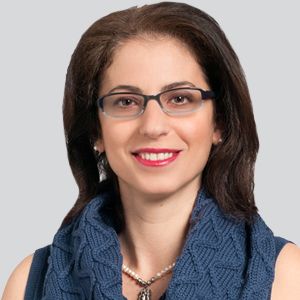 A study evaluating the cost of epilepsy surgery and surgical evaluation suggests that both the procedure and referral are cost-effective for eligible patients with drug-resistant temporal lobe epilepsy (DR-TLE).

Using a semi-Markov model to assess the cost-effectiveness of surgery and surgical evaluation over a lifetime horizon, investigators found that epilepsy surgery is cost effective compared to medical management in surgically eligible patients by virtue of being cost saving ($328,000 vs $423,000) and more effective (16.6 Quality Adjusted Life Year [QALY] vs. 13.6 QALY) than management in the long run. A single QALY represented a year of life in perfect health in the study.

The surgical evaluation for patients with DR-TLE remains cost-effective even if the probability of being deemed a surgical candidate as low as about 5%. Healthcare perspective costs showed that referral for surgery evaluation is estimated at $423,000 compared to $408,000 for those who continue medical management.

“What our study showed is that as long as a patient has drug-resistant epilepsy, they need to be referred for a surgical evaluation because it is cheaper to put them through testing and then figure out if they’re surgical candidates than it is to waste 10 to 20 years cycling through ineffective medication,” senior author Lara Jehi, MD, chief research officer, and epilepsy specialist, Cleveland Clinic, told NeurologyLive.

READ MORE: Routine EEG May Be Alternative to Continuous EEG When Resources are Limited

Jehi and colleagues measured how the incremental cost effectiveness ratio (ICER) changes over time for both models. For patients who are surgically eligible, surgery becomes cost effective within 3 to 4 years, dependent on societal or health care perspective. Additionally, for patients diagnosed with DR-TLE, referral for surgical evaluation becomes a cost-effective strategy for the cohort within 5 to 7 years.

Jehi added, “There are a lot of fears out there. Some are justified but a lot are due to misinformation that may stop someone from even getting a referral. The biggest misconception though is that epilepsy surgery is riskier than the status quo.”

Jehi and colleagues based their analysis off of existing literature concerning adult DR-TLE patients, as well as pooled estimates from multiple component studies with heterogeneity in the patient characteristics.

Aside from the outcome of electing surgery or continued medical management, the model factored in additional courses of treatment for patients. For patients who opt for surgery those included having either permanent major, peri-operative death, or no major complication. Those patients were then categorized as either free or not free of consciousness impairing seizures for a series of 1-year cycles till death.

Jehi and colleagues factored in clinical parameters, mortality tables, preference-based utility (quality of life) scores, healthcare costs, drug costs, and societal costs into the study. Analysis of drug costs of the medical regimens showed a significantly right-skewed distribution with a mean value of $21,772 per year and standard deviation (SD) of $19,144.