The percentage of women who had ≥1 change in an antiepileptic drug dose or an overall dose increase during pregnancy and a decrease in dose during the postpartum period was higher among pregnant women than controls. 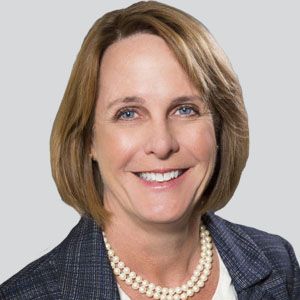 Data from a study published in the New England Journal of Medicine demonstrate a similar percentage between pregnant and nonpregnant women with epilepsy in terms of the increased seizure frequency in the peripartum period as compared to postpartum.

The findings also showed that changes in doses of antiepileptic drugs occurred more frequently in pregnant women than in nonpregnant women during similar time periods. At the end of the study period, 14% of pregnant women reported a decrease in seizure frequency compared to 11% of controls.

Despite this, the distribution of the seizure frequency in epoch 1 as compared with epoch 2 was similar in the 2 groups within trimesters and according to seizure type, which included convulsive, focal, generalized, unclassified, and any type.

READ MORE: REM Not Correlated With Increased Risk of SUDEP

"Previous studies have suggested that seizures may increase during certain trimesters of pregnancy or during the peripartum period, but we did not find differences between the pregnant women and controls according to pregnancy stage or seizure type, including convulsive seizures,” Pennell et al wrote.

The investigators of the study also compiled changes in the doses of antiepileptic drugs that were administered in the 2 groups during the first 9 months of epoch 1. Changing the dose of an antiepileptic drug occurred at least once in 74% of pregnant women and in 31% of controls (OR, 636; 95% CI, 3.82–10.59).

Lamotrigine was among the most used antiepileptic drug, with 101 pregnant women (33%) and 30 controls (32%) taking the monotherapy. Other monotherapies used included levetiracetam, carbamazepine, oxcarbazepine, zonisamide, and other.

After using risk-factor models to calculate a higher frequency of seizures in epoch 1 than in epoch 2, the OR for being seizure-free during the 9 months before pregnancy or enrollment was 0.22 (95% CI, 0.12–0.41). These models adjusted for seizure type, antiepileptic drug category and group, presence of catamenial epilepsy, mother’s IQ, and age.

Pennell and colleagues did not find any differences in the risk of an increased frequency of seizures among seizure types or drug categories or between groups in unadjusted and adjusted models.