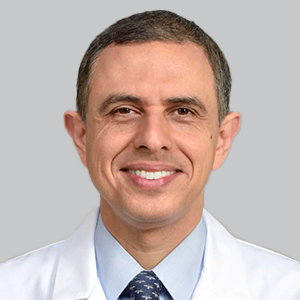 Promising early data from a small sample of patients with mild Alzheimer disease (AD) suggest the use of focused ultrasound (FUS) may be a viable option to reversibly open the blood-brain barrier. The noninvasive procedure can offer additional benefits to this patient population, further opening up the potential for targeted therapeutics.

No significant adverse events were reported, and investigators also noted a focal reduction in amyloid-ß PET in the targeted regions—the frontal lobe, parietal lobe, and hippocampus. According to Rezai, findings represent early data, and there is a need for a larger sample of patients being treated at additional centers.

NeurologyLive®: What were the key findings of the most recent study?

Ali Rezai, MD: For our longitudinal trial looking at people with mild Alzheimer's disease, we had a 20-subject goal for this trial. Eighteen have been enrolled to-date at West Virginia University, Cornell, and Ohio State University. This study was sponsored by the company Insightec, and participants were people with mild Alzheimer's disease, age 50 to 85, that had met the diagnostic clinical criteria for Alzheimer's diagnosis, but also, they must have had a positive ß-amyloid PET scan in hippocampus, frontal, and parietal lobes, which were the target regions. Those that had APOE4 homozygosity, they were excluded from the study. Those who met the criteria and roles and we followed them with 3 separate treatments of focused ultrasound, each 2 weeks apart. For example, 1 was given today, 2 weeks from now and then 4 weeks from now, and then multiple clinical imaging follow-ups, as well, looking at the ß-amyloid in the brain for people with Alzheimer's.

The study is looking at the first 10 subjects who underwent this procedure. We demonstrated that we can safely, reversibly, and on-demand open the blood-brain barrier with focused ultrasound in mild Alzheimer's patients in all target regions—hippocampus, frontal lobes, and parietal lobes. There were no imaging adverse effects. There were no permanent clinical adverse effects, and the immediate blood-brain barrier opening was achieved within minutes of focused ultrasound treatment in the target region and resolved 24 to 48 hours later.

When we quantified how much of the target areas’ blood-brain barrier opening was achieved, we demonstrated—based on 3 different reviewers looking at the target volume and independently assessing the volume of contrast within the target region—that on average, 95% of the blood-brain barrier was open in the hippocampus target with focused ultrasound and closed subsequently within 24 to 48 hours. In the frontal lobes and parietal lobes, or precuneus areas, we were able to open up to an average of 75% of the target cells blood-brain barrier. In this study, we opened up to 30 ccs of the volume of the brain across different participants. We started with hippocampus first, a small volume and then we expanded that to frontal lobes and parietal lobes.

We are reporting on the 10 participants who completed a minimum of 6 months follow up, and 7 [of those] participants had a 1-year follow up. We looked at MMSE and ADAS-Cog [scores] on the scales longitudinally at 6 months and 1 year, and we also compared to an [age- and sex-matched] cohort, the Alzheimer's Disease Neuroimaging Initiative (ADNI) cohort, and we demonstrated that there was no significant, meaningful cognitive or behavioral worsening with ultrasound compared to the ADNI comparator, maybe some improvements in the ultrasound group, but we can say that there was no meaningful worsening as compared to the comparator. Safety was demonstrated, and clinically, there was no change as compared to an ADNI cohort.

What were the results of the PET scans and the amyloid-ß biomarkers within the study population?

We looked at amyloid-ß PET in the area where the ultrasound treatment took place, so it's a focal PET analysis. We segmented the hippocampus target region, the parietal lobes, and the frontal lobes and compared baseline and then after 60 days, which was after the 3 treatments, so the time between the 2 points are 60 days.

What further research is necessitated?

The next step is to add more clinical trial sites and investigate larger volumes in the brain that we're going to treat and understand why this amyloid clearance is taking place, what's the mechanism? It will be interesting to see what happens to other biomarkers—tau and other biomarkers—we did not assess those but opening the blood-brain barrier likely can impact these other biomarkers as well. Finally, this opens up the possibility for targeted therapeutics where now you can open the blood-brain barrier in any part of the brain noninvasively and deliver a targeted therapeutic medication or antibodies—so we can explore a potential for that. In summary, [this is an] ongoing study [with] encouraging safety results, and we look forward to presenting future findings as they become available.

What is the potential impact of this focused ultrasound technology for people with Alzheimer disease?

This technology is important because it's noninvasive. Patients come in; they get the ultrasound— MRI essentially becomes a therapeutic tool in addition to being a diagnostic tool. What's important is that people who have mild or early Alzheimer’s, they come in and get the treatment and go home the same day, and the safety profile looks very good, so we need to explore that further.

For Alzheimer's, there's a lot of patients—numbers are growing, so we need to explore all options, and the blood-brain barrier has been a big problem in neuroscience to safely open, and now we can do it with this new technology. If now we can see why this opening of the blood-brain barrier reduces the amyloid-ß, if that is consistent across the larger parts of the brain, that can be an effective way of clearing these metabolites or these pathological mediators.

[It would also be] more exciting also to be able to deliver immunotherapy or other targeted therapeutics to anywhere in the brain, open the blood-brain barrier, and potentially deliver the therapeutics and then the blood-brain barrier closes, but we need to study the safety for that. In Alzheimer's, there's a lot of work being done with medications, immunotherapy, but we need to also use new technologies like focused ultrasound to see if we can help clear some of these metabolites and see if we have the clinical signal that is showing a reduction in progression of Alzheimer's. We don't have all the answers for this, but it's early on, it's encouraging. This warrants additional studies looking at Alzheimer's patients, and that's what we're doing now.

What are the key takeaways for clinicians?

I think the fact that we can have a reduction in amyloid-ß within 8 weeks is an interesting concept—in a very short time, we've had a reduction of amyloid-ß, and I think that needs to be further explored. Whether the reduction in amyloid-ß correlates to clinical improvements or lessening of the progression of the Alzheimer's, remains to be seen. I think what's most important is that it's a technology that allows you to target anywhere in the brain region that has amyloid, tau, other metabolites, or other problems, [and] you can target it safely and noninvasively, open the blood-brain barrier, and maybe increase clearance or activate focal inflammation.

I think a key area would be the delivery of targeted therapeutics, because right now, the therapeutics we give for Alzheimer's and others are systemic—take pills or intravenous therapies—and their generalized systemic therapy. This becomes a very focused targeted therapy, and I think that is a potential that is important and needs to be explored further, not only for Alzheimer's, but all other neurodegenerative conditions, even Parkinson's is also being explored. Delivery of chemotherapy for brain tumors where you can open the blood-brain barrier and deliver a higher dose of chemotherapy across the open blood-brain barrier to the tumor [is being explored] as well.