No significant between-group differences were detected in symptomatic intracerebral hemorrhage or 90-day mortality. 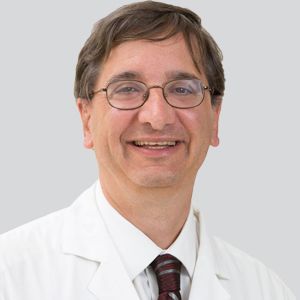 The trial results included 234 patients (mean age, 68 years; 102 women [43.6%]), 116 of which were randomized to the EVT alone group and 118 patients who were randomized to the combined intravenous thrombolysis (IVT) and EVT group. Researchers defined functional independence, or the primary end point, by modified Rankin Scale (mRS) scores 0–2 at 90 days.

Jeffrey L. Saver, MD, neurologist, University of California, commentedthe pros and cons of administration of IVT as a bridging therapy prior to EVT in a related editorial.2 Saver noted the several noted favorable effects were resolution of ischemic episode quickly, potential to change clot composition in a manner that made the thrombus more responsive to EVT removal, and the ability to dissolve thrombotic debris in downstream vessels.

Although, he noted, "giving IVT first could also exert several unfavorable effects. The time taken to initiate IVT, if not done in parallel with steps required for EVT initiation, might delay the start of the definitive endovascular procedure. IVT might partially dissolve a target thrombus, causing it to move distally and lodge in a distal vessel poorly accessible by endovascular intervention, converting a treatable into an untreatable lesion. IVT increases the risk of symptomatic brain hemorrhage. In addition, adding IVT to EVT increases care costs.”

The trial was stopped early becauseof efficacy when 234 of the expected 970 patients enrolled had undergone randomization. Patients who were 18 years or older with proximal anterior circulation intracranial occlusion strokes within 4.5 hours from symptom onset and eligible for intravenous thrombolysis were included in the study. Results from the per-protocol analysis were consistent with the primary analysis, and the post-hoc hierarchical modeling and sensitivity analyses indicated that the adverse effects were not significant.

Assessed on initial angiography, successful reperfusion before EVT was observed for 2 patients in the EVT alone group and 3 in the intravenous thrombolysis and EVT group (1.7% vs 2.6%). In total, 30.1% and 41% of patients in the EVT alone group and combined group had at least 1 procedure-associated complication, respectively, but the difference was deemed insignificant. Clot migration, distal occlusion present at procedure end, contrast extravasation, arterial perforation, and puncture access complications were among the observed procedure-associated complications.

The authors concluded that “these findings should be interpreted in the context of the clinical acceptability of the selected noninferiority threshold.”