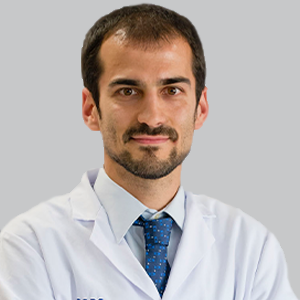 Recently published study data in The New England Journal of Medicine suggest that treatment with focused ultrasound (FUS) subthalamotomy in a single brain hemisphere is associated with improved motor features in individuals with Parkinson disease (PD) who had asymmetric signs of disease.

Martínez-Fernández and colleagues wrote that while this trial showed that the “comparison the change in the mean dose of dopaminergic medication between the active-treatment group and the control group was in the same direction as the primary outcome (i.e., the reduction from baseline in the dose of levodopa equivalent was greater in the active-treatment group than in the control group),” the outcome measures and confidence intervals were not adjusted for multiple comparisons. As such, “no definite conclusions can be drawn from these data.”

New-onset dyskinesia developed in 3 patients in the crossover subgroup. One patient had hemiballismus, which was considered to be a serious adverse event (AE) that persisted as lower limb chorea in the OFF state at 4 months. Exacerbation of preexisting levodopa-induced dyskinesia occurred in 2 patients, isolated facial asymmetry in 1, speech disturbance in 5, and gait imbalance in 5.

“Longer-term and larger trials are needed to determine the role of focused ultrasound subthalamotomy in the management of Parkinson’s disease and its effect as compared with other available treatments, including deep-brain stimulation,” Martínez-Fernández and colleagues concluded.