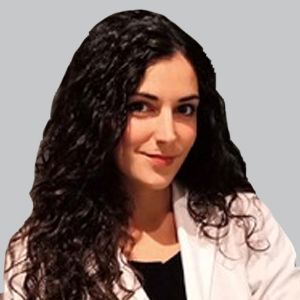 Deconstructing the neurocognitive development of Dravet syndrome (DS) phenotype is associated with 3 main theoretical hypotheses including the dorsal-stream vulnerability premise, the sensorimotor-integration deficit theory, and the cerebellar-like configuration, according to findings from a scoping review.

Behavioral abnormalities were evaluated in 14 of 21 included studies using a multitude of scales. Of the 14 articles, 7 reported autistic-like traits, 6 attention deficit, and 6 hyperactivity disorders. Additionally, researchers observed externalizing behaviors—especially hyperactivity, impulsivity, and aggressiveness—were more common than internalizing behaviors, with the exception of 2 studies that reported the opposite pattern.

Three studies investigating comorbidity between DS and autism spectrum disorder (ASD) found between 23% and 62% of people with DS are additionally diagnosed with ASD. Furthermore, the presence of pervasive autistic-like traits such as poor eye contact, ritualistic behaviors, narrow interests, speech delay, adherence to routine, and low ability to express emotions were reported in another 8 studies.

The dorsal-stream vulnerability theoretical framework inhibits the occipito-parieto-frontal network and is hypothesized that precocious visual impairment precedes the decline of the visuomotor dorsal pathway.

Researchers hypothesized that a decrease of cerebellar Purkinje neurons in a cerebellar-like pattern leads to motor alterations including ataxia and poor motor coordination, cognitive deficits such as executive functions, spatial cognition, and language, and behavioral abnormalities like the aforementioned autistic-like behaviors.

"The cerebellar disorder is likely to play a role in determining impairments that are different and complimentary to the ones explained by the sensorimotor-integration deficit. In fact, given the complexity of the clinical manifestations, we cannot exclude neocortical and subcortical areas other than the cerebellum,” Bertuccelli et al noted.

The study authors concluded that future research should focus on developing new screening tools able to grasp and distinguish these aspects from the diagnostic phase. This, in turn, will lead to cognitive and motor rehabilitation programs targeting each subject’s specific pool of symptoms.