The monoclonal antibody against CGRP reduced the frequency of episodic cluster headache attacks significantly more than placebo, though the Eli Lilly therapy failed to separate from placebo in the disease’s chronic presentation. 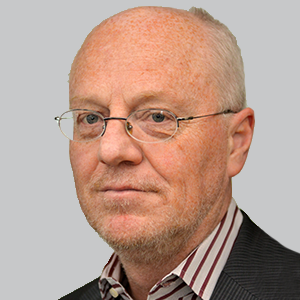 Study results suggest that galcanezumab (Emgality, Eli Lilly) when administered in a dose of 300 mg once monthly, can reduce the frequency of attacks of episodic cluster headache. In a recent trial compared to placebo, the monoclonal antibody against calcitonin gene-related peptide (CGRP) reduced weekly attacks by 3.5 more, on average.1

Led by Peter J. Goadsby, MD, PhD, DSc, professor of neurology at both the University of California San Francisco and King’s College, London, the study enrolled patients with a history of cluster headache periods lasting ≥6 weeks who had ≥1 attack every other day, ≥4 total attacks, and no more than 8 attacks daily. At baseline, the mean number of attacks per week was 17.8 ±10.1 in the galcanezumab group and 17.3 ±10.1 in the placebo group.

“Beginning at week 4 and through the remainder of the 8-week double-blind period, the mean changes in the weekly frequency of cluster headache attacks in the galcanezumab group and the placebo group converged,” Goadsby and colleagues noted. They wrote that this suggests that during the second half of the double-blind phase, there was the occurrence of spontaneous remission or improvement. This, they detailed reflects “the typical course of a cluster headache bout, or that the treatment effect with galcanezumab no longer differed substantially from that with placebo at those time points.”

According to the investigators, spontaneous remission, which has been reported in a number of previous trial of cluster headache (including a 2011 trial which found that 64% of those in a placebo group had a response), was anticipated.2 The group noted that the current trial of galcanezumab was designed with the guidelines for such trials, in an attempt to address the natural history of the disorder, in which cluster headache periods classically conclude impulsively.

As for the key secondary end point, a reduction of ≥50% in headache frequency at week 3 was achieved by 71% of those in the treatment arm compared to 53% in the placebo group (P = .046). “For other secondary end points, the findings were consistent with the direction of the treatment effect for the primary end-point measure, with a larger galcanezumab treatment effect in the initial weeks of the double-blind phase,” Goadsby and colleagues wrote.

Additionally, data of galcanezumab in chronic cluster headache were presented at the 2019 American Headache Society (AHS) Annual Meeting, July 11-14, 2019, in Philadelphia, Pennsylvania, by David W. Dodick, MD. In this instance, it achieved neither its primary end point nor its key secondary end points. The clinical differences between the treatment groups were not significantly different, though the safety profile of galcanezumab was found to be consistent with previous trials.3

The primary end point for the therapy in the chronic cluster headache trial was the mean change from baseline in weekly attacks across weeks 1 to 12, in which the galcanezumab group (n = 117) experienced a reduction of 5.38, compared to the placebo group’s (n = 120) reduction of 4.59 (P = .334). Results were similar for the secondary end points of patients achieving ≥50% response and the percent of patients achieving a sustained response. In total, 32.6% of the galcanezumab group achieved ≥50% response and 16.2% achieved a sustained response through week 12, compared to 27.1% (P = .170) and 17.5% (P = .946) of placebo patients, respectively.