More than 90% of the 65-patient cohort had evidence of normal swallowing and had no aspiration or pneumonia aspiration events reported in the phase 1 START and phase 3 STRIVE-EU and STRIVE-US trials. 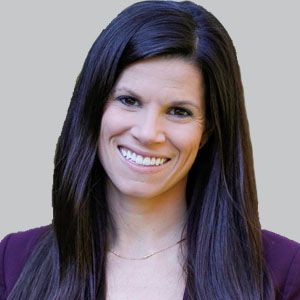 Although there is no widely accepted definition for bulbar function in SMA, investigators defined it as the ability to orally communicate with comprehension by an unknown listener and swallow to orally meet nutritional needs while maintaining airway protection. Led by Katlyn McGrattan, PhD, assistant professor, Speech-Language-Hearing Services, University of Minnesota, the analysis followed patients in START until 24 months of age and patients until 18 months of age in STR1VE-EU and STR1VE-US.

Presented at the 2022 Muscular Dystrophy Association (MDA) Clinical and Scientific Conference, March 13-16, in Nashville, Tennessee, the data included 65 patients who were younger than 6 months of age at the time of administration. To successfully achieve bulbar function, patients must have achieved Item 6 or above on the Bayley Expressive Communication subtest, had absence of clinician-identified markers of physiologic swallowing impairment, and had absence of adverse events (AEs) related to respiratory health.

The FDA approved Zolgensma for the treatment of pediatric patients with SMA aged 2 years or less with mutations in the SMN1 gene in May 2019. Zolgensma is an adeno-associated virus vector-based, one-time gene therapy administered via intravenous infusion, and became the first and only gene therapy approved for SMA, including patients who are presymptomatic.

Swallowing and speech problems are common in both children and adults with SMA, and evident across disease types as well. A 2019 study investigated the self-reported bulbar problems of patients with SMA and their relationship to age, functional motor scores, and active maximum mouth opening. Among a cohort of 118 patients with SMA, patients frequently reported jaw problems (34%), fatigue associated with mastication (44%), choking (56%), and intelligibility problems (27%).2

Since its approval, Zolgensma has been involved in several different post hoc analyses to further demonstrate its safety and efficacy. Additional data from the phase 3 SPR1NT (NCT03505099) and STR1VE-EU trials published in June 2021 indicated that patients with SMA met age-appropriate milestone development, as well as improvements in motor function, not typically seen in the natural history of the disease. In SPR1NT, all patients (n = 14; 100%) achieved the primary end point of sitting independently for at least 30 seconds, including 11 (79%) who achieved this milestone within the World Health Organization window of development.3