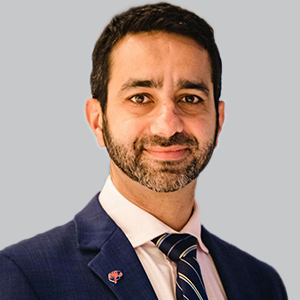 Findings published in PNAS from a study including individuals with neuromyelitis optica spectrum disorder (NMOSD) suggest that germinal center activity may play a targetable and modifiable role in autoimmune disorders.1

Among those individuals not administered rituximab, there were 7 dCLN aspirates with AQP4-IgGs detected alongside specific intranodal synthesis of AQP4-IgG. Additionally, Irani et al noted that AQP4-reactive B cells appeared “isolated from unmutated naive and mutated memory populations” in both sample types.

Regarding the residual AQP4-IgG post rituximab administration, the investigators proposed a “parsimonious theory to explain this well-recognized clinical–serological paradox,” suggesting that the kinetics of AQP4-IgG levels may be consistent with affinity maturation in germinal centers. “Over time, some of the low- to moderate-affinity AQP4-specific B cells from GCs may acquire bone marrow niches as [long-lived plasma cells],” they wrote, adding that these cells account for most circulating AQP4-IgG. “Yet, if the most pathogenic AQP4-IgG species continue to affinity mature further in [germinal centers] and their appearance is coincident with the onset of NMOSD symptoms, [rituximab] may act to effectively deplete the [germinal center] B cells most likely to initiate disease and yet only minimally reduce total AQP4-IgG levels.”

Recently, findings of a study in the European Journal of Neurology,2 showed that long-term immunosuppression with rituximab in patients with NMOSD is generally suitable, though those with extensive transverse myelitis appear more likely to relapse after discontinuation. Altogether, study investigators reported that the duration of immunosuppression treatment showed strong associations with a decrease in relapse risk (HR, 0.53; P <.001). Additionally, continuous use of immunosuppression treatment resulted in decreased HRs for relapse within 5 years of treatment, with “mild rebound” beginning after 5 years. After the withdrawal of immunosuppression treatment, the rate of relapse was 77.5% among this single-center assessment. Longitudinal extensive transverse myelitis was associated with a higher risk of relapse after discontinuation, which was significant (HR, 2.023; P = .006).

Currently, in the United States, rituximab is only used off-label for NMOSD treatment, with 3 other therapeutics having been granted approval by the FDA: inebilizumab (Uplizna; Horizon Therapeutics), eculizumab (Soliris; Alexion), and satralizumab (Enspryng; Genentech). All these therapies entered the market within the span of a few short years, and research advances have come in parallel, with multiple data presentations on these therapies and NMOSD taking place at medical meetings in 2022.

“We don’t have [high- and low-efficacy options], and the reason we don’t have that is because all 3 products are incredibly effective. They’re all great drugs, and that’s kind of amazing, right? We went from a state of having really nothing available to having 3 products that have knock-the-ball-out-of-the-park efficacy,” Bruce Cree, MD, PhD, MAS, FAAN, told NeurologyLive® this year at the American Academy of Neurology annual meeting.

All 3 of these treatments are indicated for individuals with APQ4-positive NMOSD, which has led to discussion about the population of individuals with double seronegative NMOSD. Recent literature has led to suggestions those with double seronegative NMOSD have significantly lowered glial fibrillary acidic protein levels, suggesting an underlying pathophysiological distinction between the conditions.3