More than 85% of the individuals who continued givosiran (Givlaari; Alnylam) through the 36-week open-label extension were attack free in the final 3 months of treatment. 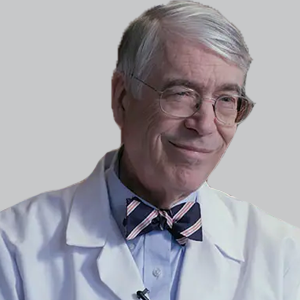 After data from the double-blind, phase 3 ENVISION study (NCT03338816) first identified a clinical benefit of givosiran (Givlaari; Alnylam Pharmaceuticals) in patients with acute hepatic porphyria (AHP), new open-label data showed a similar, sustained benefit with treatment, including reduced frequency of attacks and hemin use, as well as improved physical functioning, for up to 36 months.1

In patients with AHP, the induction of hepatic 5-aminolevulic acid (ALA) synthase 1 results in the accumulation of neurotoxic heme intermediates, including ALA and porphobilinogen (PBG). The findings, presented at the 2022 American Association of Neuromuscular and Electrodiagnostic Medicine (AANEM) annual meeting, September 21-24, in Nashville, Tennessee, showed that individuals who continued with givosiran and those who crossed over from placebo into the open-label extension demonstrated lowered median urinary ALA to near-normal levels and a lowering of PBG by at least 90%.

Senior author David Kuter, MD, DPhil, director, Clinical Hematology, Massachusetts General Hospital, and colleagues randomly assigned 94 patients who had at least 12 years of AHP 1:1 to receive monthly givosiran or placebo. Randomization was stratified according to the subtype of acute hepatic porphyria, previous use or nonuse of hemin prophylaxis, and a high or low annualized attack rate in the previous 12 months. Investigators treated attacks according to the local standard of care, which could include intravenous administration of hemin.

In both individuals who started givosiran and those who switched from placebo, treatment resulted in sustained reduction of attacks and hemin use. Additionally, 86% of those on continuous givosiran and 92% of those in the placebo crossover group had 0 attacks in the final 3 months of the 36-week treatment period. Similarly, the proportion of patients with 0 days of hemin use improved over the open-label extension.

On exploratory measures, patients on active drug demonstrated additional improvements in quality of life and activities of daily living throughout the open-label extension that were not as prominent in the double-blind period. The most common treatment-related adverse events (TEAEs) observed for treated patients included injection-site reactions, nausea, and fatigue. Notably, 6 patients discontinued the trial because of AEs, 4 of which were because of TEAEs. In the original double-blind period, there were a few key AEs more common in givosiran-treated patients, including changes in serum creatinine levels and the estimated glomerular filtration rate.

Givosiran was originally approved to treat adults with AHP in 2019 based on data from ENVISION. Over a 6-month period, patients who were treated with the therapy had a mean rate of 1.9 attacks (95% CI, 1.3-3.28) compared with those on placebo, who had a mean rate of 6.5 attacks (95% CI, 4.5-9.3). On average, patients treated with givosiran experienced 70% (95% CI, 60-80) fewer porphyria attacks compared with placebo. Recommended in doses of 2.5 mg/kg once monthly by subcutaneous injection, givosiran also comes with a warning label for anaphylactic reactions, hepatic and renal toxicities, and injection site reactions.2,3