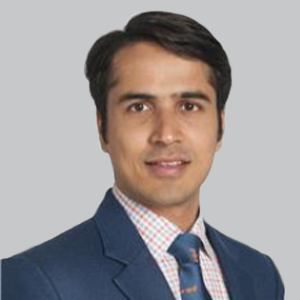 Vineet Punia, MD, MS, neurologist, Cleveland Clinic, and colleagues presented data from the phase 4 ELEVATE study (Study 410; NCT03288129) that suggested that patients were compliant with perampanel (Fycompa; Eisai) treatment and that the therapy was well tolerated.1

Punia and colleagues presented data from the ongoing 12-month, multicenter, open-label, phase 4 study at the American Epilepsy Society (AES) Annual Meeting, December 4–8, 2020. ELEVATE is the first prospective study of perampanel administered as monotherapy or first adjunctive therapy in patients aged ≥4 years with partial-onset seizures (POS), with or without secondary generalized seizures (SGS) or genetic generalized tonic-clonic seizures (GGTCS). Data from 13 patients were presented, 10 with POS, 1 with SGS, and 3 with GGTCS.

NeurologyLive: Can you give an overview of the ELEVATE study?

Vineet Punia, MD: The ELEVATE study is the first time we evaluated perampanel as a monotherapy, or first adjunctive therapy in people with focal onset epilepsy, or generalized epilepsy in patients age 4 years or older. So, the unique thing about the ELEVATE trial is that even though perampanel is approved as monotherapy, that approval came from the FDA regulatory pathway based on the data that we had from the phase 3 trials of perampanel. In those trials it was tried in patients who were already drug resistant, people that had taken and failed several AEDs, and then perampanel was added. Because it was effective and safe in those patients, FDA approved it for monotherapy, but we still don’t have much data of its use otherwise as a monotherapy or first adjunctive therapy. ELEVATE is trying to fill that gap of knowledge for people with epilepsy.

How does perampanel add to the landscape of treatments or partial onset and genetic generalized tonic-clonic seizures?

Parempanel is the first of its class and has a very unique mechanism of action. It is a selective, non-competitive antagonist at the AMPA receptor of the blood glutamate neurotransmitter system. This mechanism has a lot of potential to control seizures in patients both who have focal onset epilepsy or generalized onset epilepsy.

What challenges do physicians face in treating these kinds of seizures?

Were there any findings that surprised you in the study?

Not yet — as of now it is very preliminary data that we're presenting; the trial is still going on and will be ending next year. We have very limited data on in terms of seizure control. I think we only have data on 6 patients so far. Most of them were responders and we were able to reduce seizures by more than 50%. In all the patients. There haven't been any big surprises so far. Overall, patients were able to tolerate perampanel and there was no significant adverse effects, except for 1 patient that had to discontinue because of concerns for depression and suicide.

Are there any other areas you'd like to investigate next with perampanel?

First, our focus is on completing this study and getting more insight into the tolerability of perampanel as monotherapy or first adjunctive therapy and seeing its effectiveness as well. After that, I’d like to study its unique mechanism of action. There are many potential uses which could be unique, but I can’t really speculate yet.

Is there anything else you want clinicians to know about the ELEVATE study or perampanel in general?

I would like to say that this is really exciting. The ELEVATE study being the first of its kind where we are trying it as a monotherapy or first adjunctive therapy gives us a lot of hope that we will have new, very useful data in the future once the study is complete and analysis is done. The hope is that we find it to be safe and effective in terms of helping with seizure control, as a monotherapy or first adjunctive therapy.

Transcript has been edited for clarity. For more coverage of AES 2020, click here.