At week 10 of this interim analysis, treatment with high-dose ACI-35.030 showed no new safety signals and boosted median levels of antibodies reactive with pathological tau. 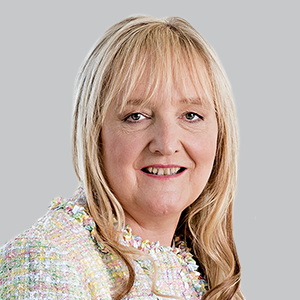 In this randomized, double-blind, placebo-controlled clinical study, investigators observed increasing median anti-p-tau antibody titers by 2 orders of magnitude at week 2 after a first injection, which was consistent with what had been observed for the trial’s mid-dose cohort. The new results also showed increases in the anti-p-tau and antitau immunoglobulin (IgG) ratio over time up to week 10, indicating that the induced response from treatment selectively targets p-tau.

"These latest interim results add to the robust clinical dataset supporting plans for continued late-stage development. The observed antibody response also shows a preference for pathological p-tau, which is present in AD years before tau accumulation can be detected via brain imaging," Andrea Pfeifer, chief executive officer, AC Immune SA, said in a statement. "With these results we believe ACI-35.030 holds significant promise as a first-in-class therapeutic that could shift the AD treatment paradigm towards earlier treatment and prevention, especially when used alongside cutting-edge p-tau diagnostics as part of a precision medicine approach. We look forward to the continued development of ACI-35.030."1

The company did not release specific percentages to the data but did note there were median levels of antibodies reactive with pathological tau that were boosted at week 10 in both the first and second vaccine injections. Additionally, the agent demonstrated safety that was consistent to what had been previously observed, with no new signals to date.

Initiated in late 2019, AC Immune has already announced it will expand its enrollment total to 24 participants in the mid-dose cohort, specifically to generate additional immunogenicity and safety data. The company first reported its positive interim data from the phase 1b/2a study at the 14th Clinical Trials on Alzheimer’s Disease (CTAD) conference, November 9-12, 2021.2

In its CTAD presentation, the company reported that anti-p-tau titers increased by 2 orders of magnitude from baseline at 2 weeks after the first injection of the mid-dose. As much as 1 order of magnitude increase was observed for anti-ePHF IgG titers at week 8 and as early as 2 weeks after the second injection of the mid-dose. Following additional doses at weeks 8 and 24, investigators documented a boosted anti-ePHF IgG response.

The induced immune response shown by treatment with ACI-35.030 lasted over an initial period of 26 weeks and showed class-switching from IgM to IgG. Furthermore, the data indicated a safe and tolerable profile, with no clinically relevant safety concerns observed.

The company has several agents that have shown promise as potential treatments for AD. In June 2021, a phase 2 interim analysis of ACI-24, its antiamyloid-ß vaccine, demonstrated the agent’s safety and tolerability in a cohort of people with mild AD. A planned 24-month analysis of the currently enrolled participants from that study is planned for some time in 2022.3

Semorinemab, the company’s investigational anti-tau antibody, most recently met 1 of its coprimary end points in the pivotal phase 2 LAURIET study (NCT03828747). After 49 weeks of treatment, the agent showed a statistically significantly change in cognition in patients with mild-to-moderate AD, based on Alzheimer’s Disease Assessment Scale–Cognitive Subscale 11-Item Version, equaling a 43.6% reduction compared with placebo (P <.0025).4