As hospitalizations remain high throughout the COVID-19 pandemic, new data suggests that ICU hospitalization is associated with increased risk of Alzheimer disease and all-type dementia. 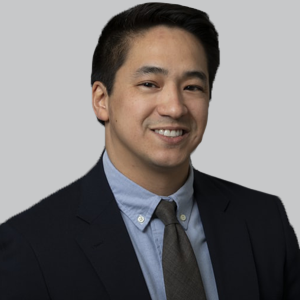 Using a diverse cohort of older patients without known dementia, findings from a long-term study showed that intensive care unit (ICU) hospitalization was associated with double the risk of dementia relative to those who did not experience ICU stay.1

Presented at the 2022 Alzheimer’s Association International Conference, July 31 to August 4, in San Diego, California, the study investigators concluded that the findings could be significant, "given the high rate of ICU hospitalization in older persons, and rising ICU hospitalizations more recently during the COVID-19 pandemic."

Previous studies have shown that critical illness and ICU stay can increase the risk of cognitive impairment for older adults; however, most of these had not included information on the patient’ cognitive status prior to ICU hospitalization. Led by Bryan James, PhD, associate professor, Rush Alzheimer’s Disease Center, the analysis included 3822 nondemented participants (mean age, 77.3 years) linked to Medicare claims data from 1991 to 2018 who had standardized annual cognitive assessments to assess incident Alzheimer disease (AD) and all-type dementia.

ICU delirium, severe confusion that occurs during hospital stay, has been linked with dementia before. Delirium is temporary but can take days or weeks to completely dissipate. A large-scale study published in the New England Journal of Medicine in 2013 found that patients in medical and surgical ICUs are at a high risk for long-term cognitive impairment. Among a cohort of 821 patients, 6% had cognitive impairment at baseline, while delirium developed in 74% during the hospital stay. At 3 months, 40% of the patients had global cognition scores that were 1.5 SDs below the population means, and 26% had scores 2 SDs below the population means. Additionally, a longer duration of delirium was independently associated with worse global cognition at 3 and 12 months (P = .001 and P = .04, respectively) and worse executive function at 3 and 12 months (P = .004 and P = .007, respectively).2