The clinical assistant professor of neurology and neurosurgery at the University of Texas discussed the need to identify men who may be at risk for myasthenia gravis despite a lack of willingness to see their physician. 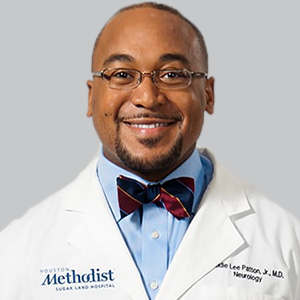 Often, with men who have neurologic disorders, there is a longer delay between the onset of symptoms and when the patient visits the neurologist. Some estimates show that this lack of clinical intervention may impact up to 60% of patients, and with a number of conditions, the delay often has a ripple effect that can impact both the patient and physician.

In myasthenia gravis, for example, this is an enormous issue. While earlier treatment with steroids can often bring the condition to a manageable state, when men—in whom the disease often presents much later anyway&mdash;delay their assessment by the neurologist, myasthenia gravis can become a much more challenging condition to treat.

To find out more about what neurologists and other physicians should be on the lookout for in their patients in order to prevent patients from slipping through the cracks, NeurologyLive® spoke with Eddie Patton Jr., MD, MS, MBA, clinical assistant professor, neurology and neurosurgery, University of Texas; neurologist, Mischer Neuroscience Associates. He shared his insight into the vital signals to spot, what the next steps are, and how eculizumab can play a role in the treatment of patients with generalized myasthenia gravis.

NeurologyLive®: What are the key signs to look out for with generalized myasthenia gravis?

For neurologists, just being keen and aware to that and checking for myasthenia gravis and fatiguability and different things on examination, even in males of an older age where you wouldn’t necessarily think of myasthenia gravis. Other than that, it’s just having an awareness of the disease and symptoms. The signs to ask about include swallowing problems, double vision—it’s important to rule out other things, such as stroke, but once you’ve ruled those things out, then it’s just having in the back of your mind that the patient may need to be further evaluated for myasthenia gravis if they are having some of those symptoms like the weakness and the fatiguability that could be hampering their daily abilities.

What is the next step once these patients are identified?

Well, specifically with myasthenia gravis, I will say that we have a lot of different treatments now available and they work very well. Myasthenia gravis is called gravis because it is grave—there used to be an 80% mortality rate years ago before there were steroids and a couple other things came about. We know that the sooner you can treat patients, the better off that they will do, and there can be a high disease burden and a high cost with this disease if you end up in the intensive care unit&mdash;incubating and multiple problems like that. It is imperative and it is important to seek help from a neurologist if you have any of these symptoms of weakness, fluctuating weakness, and so forth.

Specifically, in a high-risk population that’s identified as being a population that seeks help later, such as the case in men, it’s important to get that message out. And in general, as far as health care needs as a whole, there’s a lot that can be said for just going in and seeing these conditions early on. In the long run, it will save costs and it will save in decreased productivity and work if we can treat some of these conditions early on. As physicians, we need to get out there in the community more and we need to have community-based programs, specifically for men, about some of these conditions, about things to look out for, and then they will talk to their other male family members and friends, and we can hopefully bring that 60% down.

How does eculizumab (Soliris) play a role in the early treatment of these patients with generalized myasthenia gravis?

By using eculizumab early in treatment, you can potentially shield these patients from having to use multiple medications or layers of medications, which are not specifically indicated for generalized myasthenia gravis and which can cause cumulative side effects and leave patients with unresolved disease symptoms that markedly impact function and their daily lives.