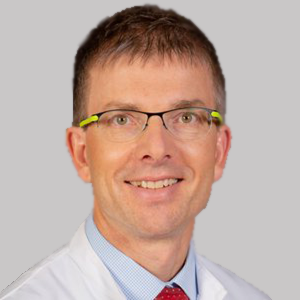 The use of incobotulinumtoxinA (incoBoNT/A) for the treatment of chronic sialorrhea associated with neurological disorders was well-tolerated in children, according to findings from the prospective phase 3 Sialorrhea Pediatric Xeomin Investigation (SIPEXI) study (NCT02270736) published in Neurology.

Patients were ages 2-17 years and randomized into placebo or treatment groups, receiving doses of incoBoNT/A depending on weight, up to 75 U and 4 cycles. A total of 220 patients ages 6-17 years were included (incoBoNT/A group, n = 148; placebo group, n = 72 ), and 35 patients ages 2-5 years received incoBoNT/A treatment (no comparative placebo group). In the open-label extension (OLE) phase that followed the main period (MP), 214 patients in the 6-17 years group and 33 patients in the 2-5 years group continued treatment.

During the MP, a mean dose of 1.91 U/kg (standard deviation, 0.25) was given to patients in the 6-17 years group, ranging from 1.0 to 2.5 U/kg. For patients in the 2-5 age group, the mean dose was 1.70 U/kg (0.19), ranging from 1.4 to 2.1 U/kg. Primary end points for the prospective, multicenter, phase 3 study were change in unstimulated salivary flow rate and GICS rating from baseline to week 4. The study also included a randomized, double-blind, parallel-group, placebo-controlled main period MP and OLE.

For the 6-17 age group over the course of the study, 1 adverse event of serious interest (AESI) was reported during the MP, and 4 AESIs were reported during the OLE, all treatment-related dysphagia. There were no fatal adverse events (AEs), but 1 patient in each group experienced an AE leading to discontinuation. Overall, a total of 27 out of 148 patients (18.2%) receiving IncoBoNT/A reported AEs, with 8 of the 145 (5.5%) found to be related to treatment.

In the 2-5 years group, 5 out of 35 patients (14.3%) experienced AEs during the MP, with 1 related to treatment. No AESIs or fatal AEs were reported. During the OLE, 15 out of 33 patients reported AEs, but none led to trial discontinuation.

“The safety outcomes of SIPEXI were highly encouraging. IncoBoNT/A (20-75 U/kg per session) was shown to be safe and well-tolerated when administered up to 4 times in approximately 1 year, with 16-week intervals,” Berweck et al wrote. “During the MP, AE rates were comparable between active treatment and placebo. Overall, AE rates were comparably low, also for SAEs and AEs indicative of potential toxin spread, e.g., dysphagia.”

“The SIPEXI results support the concept of a balance between clinically meaningful efficacy and good tolerability and safety by repeated application of medium doses instead of aiming for maximum efficacy with the first injection. The careful accumulation of relevant clinical effects over time may be a valuable treatment scheme, especially for pediatric patients.”

SIPEXI was limited due to the inability to compare results with other studies, which had differing designs and endpoints.