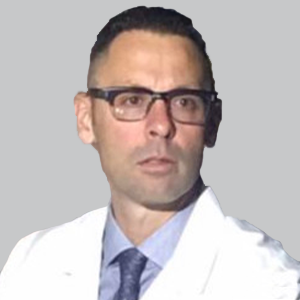 Data from a prospective observational study suggest that insomnia, both alone and with comorbid obstructive sleep apnea (OSA), is associated with worsened symptoms and impairments than OSA alone among individuals in the military in active-duty service. The findings warrant comprehensive assessment of these individuals for sleep-related impairment and comorbidities.1

All told, compared with individuals with only OSA (n = 94; 30.4%), those with insomnia (n = 101; 32.7%) and comorbid OSA and insomnia (n = 114; 36.9%) had significantly greater insomnia severity, disruptive nocturnal behaviors, sleep-related impairment, rates of nightmare disorder, and poorer sleep quality (P < .05 for all). Similarly, significant differences were reported between those with insomnia or insomnia and OSA and those with OSA alone, with greater symptoms of posttraumatic stress disorder (PTSD), anxiety, fatigue, and depression (P <.05 for all).

The study was conducted by Vincent Mysliwiec, MD, FAASM, director, Sleep Medicine, and professor of research, Department of Psychiatry and Behavioral Sciences, University of Texas Health Science Center at San Antonio, and colleagues. "The biggest takeaway is that both male and female service members who have persistent sleep disturbances require a comprehensive evaluation to include not only a sleep study but an evaluation for other sleep disorders such as nightmares, fatigue, psychiatric disorders, and TBI," Mysliwiec told NeurologyLive®.

"Sleep disturbances are more readily acknowledged in service members and present an opportunity, to not only address and improve their sleep, but potentially other service-related illnesses," he said. Mysliwiec added that the results are likely generalizable to the larger military veteran population, noting that many of the included study participants were senior personnel likely to become veterans within a shorter period of time.

"We also evaluated for TBI and found an overall high rate at 38.2%, which did not differ between the groups of service members with insomnia, OSA, and [comorbid OSA and insomnia]. As TBI is a major health concern, this finding is likely applicable to both the civilian and Veterans populations. Specifically, that TBI is associated with all 3 of these sleep disorders," Mysliwiec said

They included 309 military personnel who were a mean age of 37.17 years (SD, 7.27) old. Of the 4 branches of the US military, 47.9% were in the Air Force, 38.8% in the Army, 11.3% in the Navy, and 1.9% in the Marines. Diagnoses were rendered post video-polysomnography and clinical evaluation. No significant differences were observed between the 3 sleep disorder diagnostic groups on sleepiness, shift work disorder, or traumatic brain injury.

Mysliwiec et al used validated self-report measures to assess the variety of outcomes evaluated in the study, with general linear models and Pearson x-square tests were used for between-group differences in data analyses.

The assistant professor of clinical pediatrics at Indiana University School of Medicine, and the chair of the AASM’s Artificial Intelligence in Sleep Medicine Committee, discussed the potential of AI to progress care paradigms in insomnia. [WATCH TIME: 2 minutes]

The cooccurrence of OSA and insomnia is fairly common, though estimates vary widely, from as low as 6% to as high as 84% in those who present with a sleep-apnea related complaint, and among those seeking insomnia treatment ranges from 7%and 69%.2-4 Although, their relationship has been complicated by classification, with insomnia previously considered secondary to a primary condition until 2005, when a consensus statement released by the NIH declaring it a distinct disorder that can also be comorbid to another condition.5

PTSD, which was significantly affected among those with insomnia or insomnia and OSA compared with those with OSA alone in Mysliwiec et al’s work in Sleep, has been often shown to be related to insomnia, particularly in the military community. In late August 2022, results from a retrospective analysis in Sleep Medicine done by El Solh et al of national Veterans Health Administration electronic medical records showed that a diagnosis of PTSD plus insomnia was associated with a higher risk of major adverse cardiovascular events (MACEs) than either condition alone.6

The final cohort included 1840 veterans with PTSD plus insomnia, and 17,240 with either PTSD (n = 12,914) or insomnia (n = 4326). During a median follow-up of 3.9 years (IQR, 2.4-5.1), a total of 206 MACEs were recorded, with a significantly higher number of cardiovascular events in the PTSD plus insomnia group compared with PTSD-alone and insomnia-alone (P = .03). Notably, this rate was not significantly different between the groups of those with either PTSD or insomnia (P = .61). "Notwithstanding the lack of data to support a mechanistic explanation, furthering the understanding of neurobiological pathways and the role of inflammatory mediators in promoting atherogenesis under both conditions will be critical to identifying new treatment and prevention strategies to counter the progression of [cardiovascular disease] in this population," those investigators concluded.6

Mysliwiec told NeurologyLive® that, "the current thought in the scientific literature is that there is an association between OSA alone and PTSD. However, in our study, which evaluated insomnia, OSA, and [comorbid OSA and insomnia], it was, in fact, both insomnia and OSA which was significantly associated with PTSD and not OSA alone.