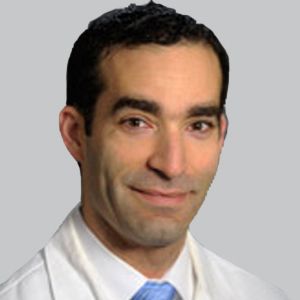 Data from a substudy of the Systolic Blood Pressure Intervention Trial (SPRINT-MIND; NCT01206062) revealed that intensive blood pressure treatment with systolic goal of less than 120 mm Hg was associated with a small but statistically significant greater decrease in hippocampal volume compared with standard treatment with a systolic blood pressure goal of less than 140 mm Hg.1

Lead author Ilya M Nasrallah, MD, PhD, assistant professor of radiology, Hospital of the University of Pennsylvania, and colleagues recruited 673 patients who had baseline magnetic resonance imaging (MRI), 454 of which completed the 4-year follow-up at a median of 3.98 (interquartile range [IQR], 3.7-4.1) years after randomization.

Secondary biomarkers associated with vascular disease such as frontal gray matter were significantly decreased in the intensive treatment group (mean difference, –1.06 cm3 [95% CI, –1.95 to –0.16]; P = .02), but there were no between groups differences observed.

Participants aged 75 and older tended to exhibit larger changes in the most Alzheimer disease (AD)-related biomarker changes compared with those younger than 75 years. Specifically, they demonstrated larger decreases in hippocampal volumes and larger increases in SPARE-AD scores.

"In conclusion, there was no consistent evidence of a difference in the progression of AD-related neurodegeneration between intensive and standard blood pressure control. Beyond the previously reported favorable effect on WML volume, there was also no consistent association with other putative biomarkers of cerebrovascular disease, and the differences between groups in all of these MRI biomarkers were small,” Nasrallah et al noted.

The final analysis of the SPRINT-MIND trial was published in January 2019 and showed that implementing an intensive treatment strategy does not significantly reduce dementia risk compared to standard care.2

Although the trial was not successful in its primary outcome, a secondary composite outcome of mild cognitive impairment (MCI) or probably dementia was shown to be significantly different between groups, in favor of the intensive treatment group (HR, 0.85 [95% CI, 0.74 to 0.97]; P = .01). There were 20.2 cases per 1000 person-years in the intensive group compared to 24.1 per 1000 person-years in the standard group.