Investigators compared an intermittent low glycemic index therapy diet, a version of the ketogenic diet, to a daily version in pediatric patients with drug-refractory epilepsy. 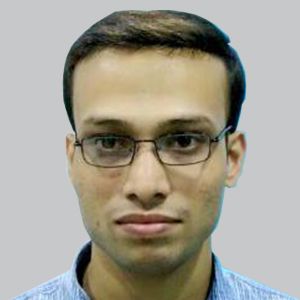 Intermittent low glycemic index therapy (LGIT), a version of the ketogenic diet, is as effective as daily LGIT in pediatric patients with drug-resistant epilepsy, according to findings presented at the 2019 International Epilepsy Congress, June 22-26, in Bangkok, Thailand.

While variations of the ketogenic diet have proven to be effective for the reduction of seizure frequency in patients with drug refractory epilepsy, adherence to the restrictive diet can be challenging.

In this randomized, controlled, non-inferiority trial led by Prateek Kumar Panda, MD, of the All India Institute of Medical Sciences in New Delhi, investigators sought to compare the effectiveness of a daily LGIT regimen versus an intermittent LGIT regimen in pediatric patients.

In this study, intermittent LGIT was defined as 2 days of liberalized diet per week, which included both low and medium glycemic index foods and carbohydrate calories up to 20% of the total calorie requirement.

Ultimately, 66 children aged 1 to 15 years were enrolled in each treatment arm; 60 and 62 participants in the daily and intermittent LGIT arms completed the study, which ran for 24 weeks.

When comparing mean reduction of weekly seizure frequency, intermittent LGIT was found to be non-inferior to daily LGIT with a margin of 15% (47.16% vs 50.95%; P =.34). In addition, no significant difference was observed in terms of percent of patients with >50% seizure reduction in the intermittent versus daily LGIT arms (50% vs 54%; P =.73).

The investigators reported no significant differences between the 2 treatment arms in terms of adverse events and effects on behavior and cognition (0.31 and 0.12, respectively; P =.36). Notably, percent reduction in HbA1c at 12 and 24 weeks (r=0.78 and 0.52) and beta-hydroxybutyrate level at 12 and 24 weeks (r=0.83 and 0.73) both were positively correlated with mean reduction in seizure frequency at the time intervals.

Overall, the results demonstrated that intermittent LGIT was as effective as daily LGIT, and may be a useful alternative in patient who have difficulty adhering to a daily diet regimen.