In Intractable Epilepsy, Rufinamide is Well-Tolerated and Effective

Data suggest that rufinamide is capable of aiding in the control and reduction of seizures, as well as the possible achievement of seizure-freedom in pediatric patients with genetic/metabolic, hypoxic-ischemic, structural, and other intractable epilepsies. 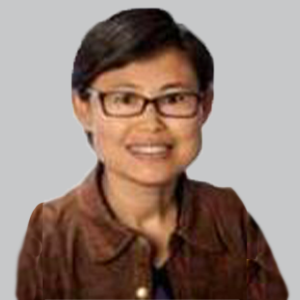 Rufinamide (Banzel, Eisai) is a well-tolerated treatment for pediatric patients with intractable epilepsies, according to long-term retrospective data presented at the 2019 International Epilepsy Congress, June 22-26, in Bangkok, Thailand.1

All told, in a cohort of 183 pediatric patients with genetic/metabolic, hypoxic-ischemic, structural, and other types of epilepsies at Seattle Children’s Hospital, the triazole derivate helped control seizures, reducing total seizures by 47.5% and providing a ≥50% reduction in seizures for 35% of patients. Total seizure freedom was achieved by 3% of the study group.

The study was conducted by Xiuhua Liang Bozarth, MD, PhD, assistant professor, neurosciences, neurology, and epilepsy, Seattle Children’s Hospital, University of Washington, and Gabriela Oesch, MD, also of Seattle Children’s, and the pair wrote that “the goal for this study was to investigate rufinamide efficacy in a pediatric cohort with a broad spectrum of epileptic etiologies.”

Pediatric patients sans a history of epileptic spasms achieved greater seizure control with rufinamide compared to those with a history of epileptic spasms [OR 0.45; 95% CI, 0.20-0.98; P =.042). As for specific genotypes and their response, those with certain genetic abnormalities, such as DEPDC5, KCNQ2, SPATA5, and 47XYY, achieved seizure reductions of ≥50%. Additionally, seizures were activated in single patient with a SCN1A mutation and fully controlled in a patient with a SCN8A mutation.

Safety was consistent with previous findings, with adverse events (AEs) occurring at a rate of 10.9%, with fatigue being the most common AE.

On its way to FDA approval for the adjunctive treatment of Lennox-Gastaut syndrome (LGS) in adults and children 4 years or older in December 2004, rufinamide was granted orphan drug status. It additionally received marketing authorization in Europe in January 2007.

In a previous trial from Glauser et al., rufinamide was shown to reduce drop seizure attacks by 42.5% per 28 days from baseline, compared to an increase of 1.4% for the placebo group (P <.0001). Those treated with rufinamide also had a significant decrease in the total seizure frequency per 28 days relative to the baseline (P =.0015), with a median reduction of 32.7% with rufinamide compared to 11.7% for placebo. As well, significant improvement on the seizure severity global evaluation for the rufinamide group was observed in comparison with the placebo group (P <.005).2

According to the findings of a review of its clinical data from 2010 by James W. Wheless, MD, and Blanca Vazquez, MD, the Eisai product has a number of advantages for treatment, notably its “ability to rapidly escalate dosing and obtain a clinical response, few drug interactions, and [its] good cognitive and psychiatric AE profile.” The AEs which occurred in clinical evaluations have mostly done so in the first 14 days of treatment, which Wheless and Vazquez noted was most likely due to a rapid and fixed titration schedule. When slowed, the impact of AEs can be minimized.3