After being approved in Japan in 2013, the selective adenosine A 2A receptor antagonist was given the OK as an add-on to levodopa/carbidopa treatment in adults with Parkinson disease. 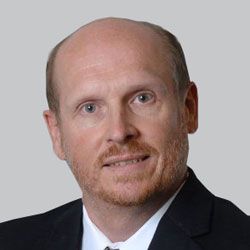 Eric Bastings, MD, acting director of the Division of Neurology Products in the FDA Center for Drug Evaluation and Research

The FDA has given the go-ahead to Kyowa Kirin for its istradefylline (Nourianz) tablets as an add-on therapy to levodopa/carbidopa in adults with Parkinson disease who are experiencing off episodes.1

Ultimately, the selective adenosine A 2A receptor antagonist’s approval was based on its success in 4 clinical studies which lasted 12 weeks and included more than 1100 participants in which statistically significant decreases from baseline in daily off time compared to placebo were observed.

The treatment was previously put before the FDA a decade ago, though Kyowa Kirin (then known as Kyowa Hakko Kogyo) received a not approvable letter in February 2008 for its submission, with the agency requesting additional clinical follow-up data as well as an overall summary of nonclinical mineralization findings.2 It has been approved for use in Japan as Nouriast since May 2013.

"Parkinson disease is a debilitating condition that profoundly impacts patients' lives," said Eric Bastings, MD, acting director of the Division of Neurology Products in the FDA’s Center for Drug Evaluation and Research, in a statement. "We are committed to helping make additional treatments for Parkinson disease available to patients."

This new submission to the FDA was supported in part by data including a phase 3 randomized, multicenter, placebo-controlled, double-blind study in patients with Parkinson disease who were taking a consistent dose of levodopa/carbidopa in combination with or without additional medications for their disease. The trial, announced in 2013, was developed under a Special Protocol Assessment (SPA) agreement with the FDA (NCT01968031).3

In 2016, the 12-week trial results showed a trend toward a greater decrease in daily off-time compared with placebo for both the 20-mg and 40-mg doses. Although, there was no statistically significant difference in the primary outcome measure—change from baseline in daily off-time&mdash;at week 12 compared with the placebo group. With regard to safety, istradefylline was deemed well-tolerated at both doses.4

In October 2018, data from an interim analysis of a post-marketing surveillance study conducted in Japan, which included 476 patients, showed that the drug was rated as effective in 61.3% of patients, as determined by physician’s global assessment, and the Unified PD Rating Scale (UPDRS) Part III score decreased from 33.7 to 30.3 from baseline. The treatment was again shown to be generally well-tolerated, although dyskinesia and hallucinations were reported as the most common adverse drug reactions.5

At the time of its NDA acceptance by the FDA in April 2019, Jeffrey S. Humphrey, MD, president and chief medical officer, Kyowa Kirin Pharmaceutical Development, said in a statement that the company was “excited by the possibility of bringing a new medicine to people living with Parkinson disease” and that there is a “significant need for new treatments.”