The professor of brain science and director of the Chambers-Grundy Center for Transformative Neuroscience at UNLV spoke to the recently published HARMONY phase 3 study data. 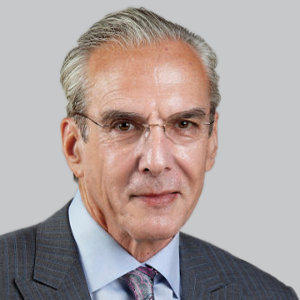 Recent data published in the New England Journal of Medicine suggest that patients with dementia-related psychosis (DRP) who had a response to pimavanserin (Nuplazid; Acadia) had a lower risk of relapse with continuation of the drug than with discontinuation.1 The trial was originally halted due to efficacy threshold achievement.2

Notably, Acadia submitted a supplemental new drug application for the agent in July 2020 but received a complete response letter in April 2021 after the FDA determined that the drug could be approved in its present form. A lack of statistical evidence in some of the subgroups of dementia, and insufficient numbers of patients with certain less common dementia subtypes was cited as lack of substantial evidence of effectiveness to support approval.3

Despite this, these new data suggest the therapy may still hold promise in treating DRP—a condition without any approved therapies. To find out more about the state of care for DRP and the potential of pimavanserin to provide benefit to patients, NeurologyLive spoke with Jeffrey L. Cummings, MD, ScD, professor of brain science, and director, Chambers-Grundy Center for Transformative Neuroscience, University of Nevada–Las Vegas, and a coauthor of the HARMONY trial (NCT03325556).

NeurologyLive: How would you describe the current state of care for psychosis in dementia?

Do you believe there will need to be further analysis into how this therapy treats psychosis within each of those dementias, individually?

Yes, I think we will need to investigate more about how each of the dementias themselves responds to pimavanserin. We do have data already on Parkinson disease psychosis because pimavanserin is approved for Parkinson disease psychosis, but we need additional data on Alzheimer disease, vascular dementia, dementia with Lewy bodies, and Frontotemporal dementia. Those are all dementias that are more uncommon—except for Alzheimer disease, of course. So, we need additional data on these other dementia states.

Did any of the data from HARMONY stand out as particularly surprising or exceptional in any way?

Yes, one of the things that really excited me about this trial is the design, which is a randomized discontinuation trial. All patients are put on pimavanserin, and then if they respond to pimavanserin, they're either randomized to placebo or to continuing pimavanserin to see whether the relapse of the psychosis was greater in the placebo group than in the pimavanserin group. And the result was so positive that the trial was stopped early. That's a very rare event in neurological trials, that the interim analysis revealed such a robust finding that the trial can be discontinued at that time.

Overall, what is the takeaway is for the physicians and clinicians who are treating these patients?

I think we've had a very good experience with pimavanserin in Parkinson disease psychosis, and this study is large enough to be reassuring across most of the other dementia groups. It's going to depend on what the FDA decides. Does the FDA regard these data as sufficiently strong that it will be approved for a broader indication of dementia-related psychosis, or will additional work have to be done? That's the information that we're waiting on, for now, that would allow clinicians to decide how to use pimavanserin best.