Long-term Immunosuppression Treatment Is Suitable for Patients With NMOSD

Data suggest that long-term treatment with immunosuppression therapies, such as rituximab, is generally appropriate for patients with neuromyelitis optica, though transverse myelitis might indicate a higher risk of relapse post discontinuation. 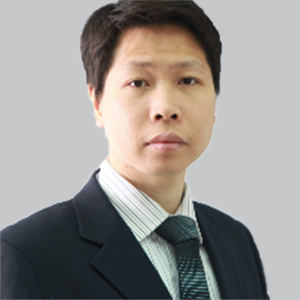 Long-term immunosuppression in patients with neuromyelitis optica spectrum disorder (NMOSD) is generally suitable, though those with extensive transverse myelitis appear more likely to relapse after discontinuation, according to the findings of a study in the European Journal of Neurology.1

Altogether, study investigator Wei Qiu, MD, PhD, vice head, Department of Neurology, Third Affiliated Hospital of Sun Yat-sen University, in Guangzhou, China, and colleagues reported that among a cohort of 343 individuals, the duration of immunosuppression treatment showed strong associations with a decrease in relapse risk (HR, 0.53; P <.001). Additionally, continuous use of immunosuppression treatment resulted in decreased HRs for relapse within 5 years of treatment, with “mild rebound” beginning after 5 years.

After the withdrawal of immunosuppression treatment, the rate of relapse was 77.5% among this single-center assessment. Longitudinal extensive transverse myelitis was associated with a higher risk of relapse after discontinuation, which was significant (HR, 2.023; P = .006).

Qiu et al wrote that, “future studies should explore individualized strategies of rituximab maintenance treatment,” as treatment with rituximab (Rituxan; Genentech/Biogen) reduced the risk of NMOSD relapse to almost zero within 3 years—contrasting with other immunosuppression treatments. Currently, the treatment is used off-label in the United States to treat NMOSD, but it has been shown in a variety of datasets to improve relapse rates among this patient population.2,3

“Preventing relapse by immunosuppressants is critical for the prognosis of neuromyelitis optica spectrum disorder (NMOSD); however, the optimal duration of IS treatment is still under discussion. The objective was to explore the optimal duration of IS treatment and the risk of IS discontinuation for NMOSD,” Qiu et al wrote. The group conducted their study at the Third Affiliated Hospital of Sun Yat-sen University, which they noted housed the largest database for NMOSD in South China. The included patients were those with NMOSD who were undergoing immunosuppression treatment, with a main outcome measure of changes in relapse risk based on treatment duration, as well as clinical outcomes, and predictors of relapse following discontinuation.

A similar study from Su-Hyun Kim, MD, et al, published in Neurology in 2021, suggested parallel findings. The retrospective review indicated that immunosuppressive therapy discontinuation led to an increased risk of relapse in seropositive patients with NMOSD despite lengthy relapse-free periods. In that study, Kim et al noted that those with a history of severe attack before immunosuppression should be cautious because of the risk of irreversible disability, even from a single attack.4

Kim et al reported that immunosuppression was discontinued after a median relapse-free period of 62 months (interquartile range [IQR], 48-73), with the most common reasons for discontinuation being the patient’s decision (n = 8; 47%) and the provider’s advice (n = 8; 47%). Preparing for pregnancy (n = 1; 6%) was also among the reported reasons. No significant safety issues were identified among the 17 patients included in the review, all of whom had been relapse-free for at least 3 years.