Racial disparities in biomarkers highlight the need to investigate different populations in trials of Alzheimer disease. 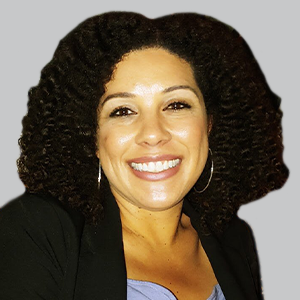 Black individuals had lower rates of amyloid-positivity and lower continuous amyloid levels compared to White individuals. This difference was most pronounced in apolipoprotein E4 (APOE4) positive patients. Black people with lower percentages of African ancestry had higher amyloid levels than those with higher percentages.

First author Kacie Deters, PhD, postdoctoral research fellow, department of neurology and neurological sciences, Stanford University School of Medicine, and colleagues justified the study, writing, “APOE4, the most established genetic risk factor for AD as well as a robust predictor of abnormal amyloid in the preclinical stage of the disease, has been shown to have a weaker effect on AD risk and cognitive decline in Black people relative to White people. Thus, despite an overall greater risk of dementia in Black people, it is possible that established risk factors of AD in White people (such as APOE4) do not have a similar impact in non-European populations and require further investigation.”

Deters and colleagues analyzed data from 3689 White and 133 Black individuals that passed initial screening for the Anti-Amyloid Treatment in Asymptomatic Alzheimer’s Disease (A4) Study (NCT02008357) and underwent amyloid positron emission tomography (PET). Previously, the A4 phase 3 clinical trial enrolled clinically normal older adults with evidence of brain amyloid. A higher proportion of the APOE2/3 genotype was found in the group of Black people (21.5%; 29) than White (10.3%; n = 380).

The interaction between APOE4 and race was significant (P = .01), and the interaction between APOE2 and race was near significant (P = .06). APOE3/4 and APOE4/4 genotypes were associated with higher amyloid across both races but the difference between Black and White groups was greatest within the APOE4 positive group (APOE3/4 and APOE4/4 combined). The authors confirmed this association with a significant post-hoc contrast between Black and White APOE4 positive groups, revealing that APOE4+ Black people had 0.094 less standardized uptake value ratio (SUVR) units than APOE4 positive White people.

Interestingly, a greater proportion of Black people did not pass initial screening compared to White people, suggesting potential sources of bias related to race in the A4 PET data. Black individuals had a 53% chance to screen-fail at this stage compared to the 33% chance for White individuals (χ2 = 54.9; df = 1; P <.0001).

Deters and colleagues also found that a higher number of medical conditions was associated with greater amyloid levels, but the effect of race on amyloid remained significant after adjusting for this.

“Cognitively normal Black people screened for an AD prevention trial had lower levels of fibrillar amyloid as measured with PET compared to White people. Higher levels of African ancestry were associated with reduced amyloid levels, which may partially explain the group level effect of lower levels of amyloid in Black people. Finally, significant differences in eligibility and screen-failure rates existed across race that may influence our findings. Overall, the presence of a race effect on a central AD phenotype (amyloid PET) highlights the need to understand disease mechanisms and potential selection bias in diverse populations,” Deters and colleagues concluded.