The effect observed in on ALSFRS-R at week 48 and progression-free survival further support the premise of greater treatment effect when masitinib is initiated earlier in the disease. 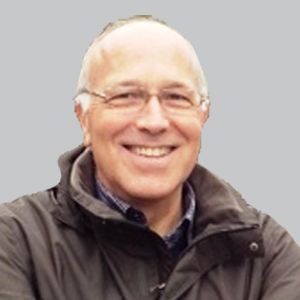 Orally administered masitinib (AB1010; AB Science), a tyrosine kinase inhibitor, showed the potential ability to prolong survival for up to 2 years in patients with mild or moderate amyotrophic lateral sclerosis (ALS) when used in combination with riluzole (Rilutek; Sanofi), according to newly published results from the phase 3 AB10015 clinical study (NCT02588677).1,2

Despite observing no long-term survival advantage for the overall masitinib 4.5 mg/kg/day cohort (LT-M4.5) of study AB10015 over placebo, investigators found an increasing improvement in median overall survival (OS) for masitinib in an enriched patient selected group. Statistical significance was reached for the LT-M4.5 cohort for those with at least 2 or greater on each baseline ALS Functional Rating Scale-revised (ALSFRS-R) item, with a median OS for masitinib (n = 50) of 69 months (95% CI, 44-non-estimate versus 44 months (95% CI, 31-62) for placebo (n = 63).

"This publication represents another significant scientific milestone in the search for a new treatment in ALS,” senior author Jesus S. Mora, MD, director, ALS Unit, Hospital San Rafael, said in a statement.1 “The magnitude of this observed survival signal for masitinib as compared with placebo is very encouraging and data from study AB10015 have now demonstrated a consistently significant treatment effect in terms of overall survival, hazard ratio, slowed rate of functional decline, and slowed deterioration in respiratory function and quality-of-life.”

Named Patient Program (NPP) subpopulations, which compared patients that have remained in their assigned treatment arms following study AB10015 data readout, also indicated a consistent survival advantage in favor of masitinib. For example, the subpopulations of those who received masitinib 4.5 mg/kg/day (NPP-M4.5; n = 29) vs masitinib-naïve placebo (n = 53) showed a significant difference in median OS of 11 months (P = .008), corresponding to a significant 67% reduced risk of death in favor of masitinib (HR, 0.33 [95% CI, 0.12-0.88] P = .027). Masitinib-naïve placebo included 53 of 133 (40%) patients from the placebo arm that were alive in November 2017 but did not participate on the masitinib NPP.

Supportive analyses for masitinib patient enrichment showed between-group differences in improvements of both ∆ALSFRS-R and progression-free survival (PFS) with increasing degrees of enrichment. Considering the cohort most closely matched to the target population of study AB19001 (i.e., LT-M4.5 with ≥2 on each baseline ALSFRS-R item and disease onset to baseline [ΔFS] of <1.1 points/month), ∆ALSFRS-R for masitinib was –6.35 versus –11.03 for placebo, corresponding to a significant 42% slowing in rate of decline (P = .018), while PFS for this cohort showed a trend improvement of 13 months in favor of masitinib (P = .060).

"These long-term survival data, with an average follow-up of 75 months since diagnosis, suggest that masitinib can offer a substantial survival benefit when treatment is initiated before severe loss of functionality,” Albert Ludolph, MD, chairman, Department of Neurology, University Hospital and Facility of Ulm, said in a statement.1 “These findings are consistent with masitinib’s therapeutic objective for conservation of neuro-muscular functions. The current confirmatory phase 3 study (AB19001) in ALS patients with mild or moderate impairment of functionality at baseline, is very well-aligned with this population.”