Migraine and Mental Health: Taking Time to Ask the Questions

Lawrence Newman, MD, offered his insight into the findings of a survey conducted by the American Headache Foundation that identified correlations between migraine and mental health conditions. 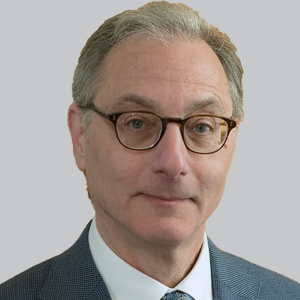 Recently, the findings of the Migraine and Mental Health Connection Survey were announced, with the data suggesting that the majority of those with migraine and their physicians are of the belief that there is a link between the headache disorder and mental health conditions, and that they impact one another.1

The findings also suggested that those with migraine still face stigmas, including around their mental health. Conducted by the American Migraine Foundation and Biohaven Pharmaceuticals, the survey included responses from 1100 people with both migraine and a mental health condition, and 302 HCPs that treat neurological diseases.

To find out more about how these data impact the migraine patient community and the physicians that treat them, NeurologyLive® spoke with Lawrence Newman, MD, chair of the American Migraine Foundation, who was an author on the study.

NeurologyLive®: What was the goal of this survey, and ultimately what did the findings reveal?

Lawrence Newman, MD: The American Migraine Foundation conducted a survey that involved 1100 people who live with migraine, and more than 300—302 exactly—healthcare professionals, the goal of which was to see how migraine and mental health relate to each other. Painting in broad strokes, the take home message really was that there was a significant impact between migraine and mental health on each other, and it's important, therefore, that people who live with this disabling condition—migraine—have an understanding that if they improve their mental health, they'll have better outcomes as related to their migraine and vice versa.

Some of the data was pretty eye opening, I thought. Some of its not so surprising, and some of it was a little bit surprising to us. In the in the survey, both patients who live with migraine and health care practitioners agreed that those who are better able to deal with the stress and deal with their mental health conditions were able to better mention better manage their migraine. That wasn't that surprising. What I found really surprising, though, is that most of these people who live with migraine—more than three-quarters of them—worried about talking to their healthcare provider about this relationship of migraine and mental health. It could be that they've been stigmatized in the past that migraine is not a real condition, it's a psychiatric or psychological condition, which we know isn't the case, but it seems to still stick.

The good news is that almost everybody in the survey, almost 95% of the healthcare professionals and almost 90% of those people with migraine, believed that their mental health would benefit from a better control of their migraine. So, they were aware of it. But you have to counter that with the fact that they didn't want to talk to their doctor about that.

I spent my lifetime working with people with headaches, migraines, and other headache conditions. From the survey, more than 90% of the healthcare professionals and more than 50% of those people who had migraine, told us that they felt that their migraine management should not be cookie cutter. They wanted their clinician to look at them as an individual, not only as, say, somebody living with migraine, but somebody who might have other conditions. They wanted their treatment to be tailored to their specific needs, which is what those of us iin headache practice try to do. It's what we try to teach to everybody. But it was really nice that healthcare practitioners seemed to be getting the message, and the patients ask for this. I found that very, very helpful.

The last bit of information that was nice for me to hear as, as someone who spends his career advocating for patients with migraine, is that almost to a person, all of these people living with migraine told us that they felt it was equally important to treat their migraine and their mental health condition. They were two priorities, one not more important than the other. Both should be addressed simultaneously. Quite helpful, I thought.

Do you believe that patients hesitate to bring up mental health with migraine specialists because of the thought that another provider might be better suited to address those issues, or out of a belief that there is a lack of time to do so?

I think that's a great question, and I struggle with that also. I was struggling with that when looking at the results. I think maybe that, the patients are very savvy, and they know that they're going to see a doctor, and the doctor is going to give them 15 minutes. They're thinking, “How am I going get the best bang for my buck out of this out of this visit? If I go on a tangent, am I not going to get the treatment that I need for my migraine? Or if I go on another tangent, and I'm not going to get treatment for my mental health?” Are they playing this game, and pretty much stuck between a rock and a hard place? In many instances, they want help, but they don't know where to go.

I think it was interesting, the disconnect in that doctors were convinced that they were asking these questions, and patients were convinced the questions were not being asked. And I think that may also have to be related to a time constraint. The doctor may just say that, “I have to check the box, so I'm going to ask about this. But even if I get a positive answer, I'm going to move on to something else, because I just don't have the time for that.”

From the physician perspective, how do you prioritize that care for one condition vs another?

I'm lucky, I have the luxury of time as a headache specialist. My new patient visit is an hour, my follow up is 30 minutes, and I can go over time if I want to. I shouldn't, but I do. I think part of it is the patient relaxes when you ask them proactively about their anxiety or their depression. It's like this light bulb goes off when you tell them, “I'm not surprised that you have depression,” or, “I'm not that surprised that you also have an anxiety disorder because they're comorbid, they go together more often than you'd expect by chance.” It kind of lets them sit back and relax and realize that I'm not there just to get 3 pieces of information, write a prescription, and get them out of the door. Now, again, I have that luxury, and many of us in the headache field have that luxury that we have a little bit more time.

The other thing is, if you don't have that time, what do you do? We're all pressured for time. But I have absolutely no problem telling the patient, “Let's talk about as much as we can here.” You also have a psychologist, or you also are seeing a psychiatrist, I have no problem at the end of the day, picking up the phone and I'll speaking to your other doctor. We'll put our heads together and figure out the best way that will help you. I won't do anything that interferes with their plans, and they won't do anything to interfere with my plan. I'd like to say it takes a village. But it really does when treating people with these conditions.

With so many conversations about the mistrust, or the poor communication, between the general population and the medical community, how do we take steps toward addressing stigma?

It's not a simple answer. I mean, what we've done for the last decade or so with the American with the American Migraine Foundation is education and communication. I will talk to my patients about what migraine is, what stigma is, what migraine isn't, and I have no problem bringing the spouse in, I have no problem calling their boss, or calling their school principal or their teacher to let them know for a young child, “Listen, this is a real condition. It's not just a bad headache. Here's what migraine is and here's what migraine isn't.” Obviously, there are people you can't get through to, but the majority of people hear you. What we also do from the American Migraine Foundation is an emerging advocate program where we train the patient to be their own advocate and to advocate for others. And we now have about 30 states where we have advocates for working with us and for us.

I think the best way to do it is just keep plowing through. Just reiterating the message. It's a real medical condition. It's not just a bad headache. The World Health Organization listed migraine as one of the top 10 most disabling disorders on the planet. The big picture—it's not in your head.