Mar 1, 2021
By Marco Meglio
Conferences|Americas Committee for Treatment and Research in Multiple Sclerosis

The authors noted that future studies evaluating the time course of fatigue in patients with multiple sclerosis are needed. 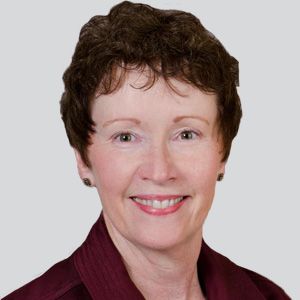 An abstract presented at the Americas Committee for Treatment and Research in Multiple Sclerosis (ACTRIMS) Forum 2021, February 25–27, showed that patients with multiple sclerosis (MS) who entered a long-term fatigue program remained unchanged after a 5- to 6-year period, raising questions about whether fatigue is progressive within this patient population.1

Upon completion, t-tests revealed no significant differences in Modified Fatigue Impact Scale (MFIS) scores within or between groups at the 5- to 6-year follow-up compared with any other time point. Additionally, chi-square tests showed that regardless of group, there was no significant difference in the proportion of those who completed any of the potential behavior changes.

Hugos et al concluded, “Although this result may reflect sampling bas, the stability in fatigue over time in both groups calls into question the belief that fatigue is progressive in all, or even most, people with MS.” They also concluded that future studies evaluating the time course of fatigue in MS and the duration of fatigue management interventions are needed to elucidate this matter.

To the authors’ knowledge, this was the first study that evaluated the effects of a behavioral intervention for MS fatigue beyond 12 months. The study originally began as a 6-week randomized controlled trial that compared both programs.

Prior analysis showed no significant improvements in MFIS at program completion, 3 months or 6 months later in the FTC group compared to the MSTC group or compared to scores at baseline (n = 204).

Researchers decided to continue their operation after a subset group (n = 74) of patients in the FTC intervention showed significantly better MFIS scores compared to the MSTC group and compared to their baseline in a 12-month follow-up. They concluded that that the effectiveness of the FTC intervention may take more time, causing the need to evaluate in a more long-term setting.

Fatigue has been a continual problem for patients with MS, and currently has no treatment options approved to treat it. Those with higher levels of fatigue have shown to have greater comorbidities and economic burdens compared to those with low fatigue.2

A study presented at MS Virtual 2020, the 8th Joint ECTRIMS-ACTRIMS meeting, September 11–13, 2020, showed that the annualized number of outpatient visits, emergency room visits, and hospitalizations are greater in those with increased levels of fatigue among patients with relapsing-remitting MS compared to those with lower levels.

A number of presentations at this year’s ACTRIMS Forum have highlighted the concern for the burden of fatigue. NeurologyLive recently sat down with Allitia DiBernardo, MD, global head of medical affairs, neurology, Janssen Pharmaceutical, to discuss findings from 2 studies they conducted on the impact fatigue can have, including on a real-world population.

Click the link below to watch what DiBernardo had to say, as well as why the findings were so significant.