Although the biomarker was associated with disease activity, its prognostic value on the individual patient level is still limited per these 10-year data of more than 600 patients with multiple sclerosis. 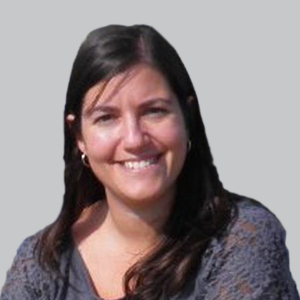 Recent study results showed serum neurofilament light (NfL) chain levels increased significantly faster in patients with multiple sclerosis (MS) who were experiencing disability worsening than those who were clinically stable, though the biomarker was not predictive of future disease progression or relapse.

The findings strengthen the argument in favor of NfL as a biomarker of disease activity in MS, though its prognostic value on the individual level is still limited per these data, wrote Ester Cantó, PhD, of the Weill Institute for Neurosciences, University of California San Francisco, and colleagues. Serum NfL levels were associated with brain fraction loss, however

“[In the long-term,] we were also unable to replicate the finding that levels of [serum] NfL are associated with future EDSS worsening,” Cantó and colleagues noted. “Possible explanations for these discrepancies may be unidentified confounders inherent to each data set, the lack of a healthy control data set in our study for calculating the sNFL percentiles, or therapeutic practices that could attenuate sNFL levels as well as clinical outcomes.”

The investigators wrote that this data, however, is representative of the long-term variability that is inherent in MS, with the lack of association found possibly due to the lag in evolution of disability after neuronal injury.

“On the other hand, we show for the first time, to our knowledge, that participants who experienced disability worsening as measured by a clinically significant increase in EDSS have a different rate of [serum] NfL change over time compared with those not showing worsening,” they detailed.

At year 10, only baseline serum NfL levels were linked with approximately 11.6% of brain fraction atrophy variance. When considering sex, age, and disease duration in multivariable analysis, these baseline levels were associated with 18.0% of the variance in brain fraction atrophy. “We also observed a significantly different atrophy rate over time between patients with serum NfL levels greater than and less than established percentiles, further supporting the potential of serum NfL levels as biomarkers of brain damage,” Cantó and colleagues wrote.