The director of Neuroinnovation and Multiple Sclerosis & Neuroimmunology Imaging Program at UT Southwestern Medical Center provided insight on the promising future of treating radiologically isolated syndrome at its earliest stages. 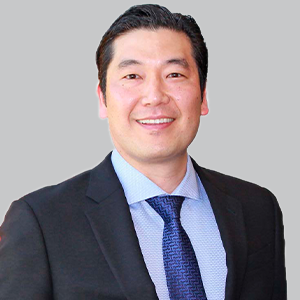 Since the 1980s, preclinical multiple sclerosis (MS) was identified as brain MRI findings consistent with central nervous system demyelination incidentally discovered among individuals without symptoms. In 2009, Darin Okuda, MD, FAAN, FANA, and colleagues formerly defined this entity as radiologically isolated syndrome (RIS). While RIS does not mean a patient will always be diagnosed with MS, there are strong associations between the conditions, with several in the field believing that treating RIS early might impact potential risk of developing MS.

Okuda, director of Neuroinnovation and Multiple Sclerosis & Neuroimmunology Imaging Program at UT Southwestern Medical Center, was the primary investigator of the ARISE study (NCT02739542), a double-blind trial assessing dimethyl fumarate (Tecfidera; Biogen) in patients with RIS. The study, which featured 87 patients who met the 2009 RIS criteria, was considered a success, as findings showed a significant 82% reduction in the risk of first clinical demyelinating event over a 96-week treatment period (hazard ratio, 0.18; 95% CI, 0.05-0.63; P = .007). All told, this was the first time a disease-modifying effect had been shown in this patient population.1

Additional findings showed new and/or newly-enlarging T2-weighted hyperintense lesions at the end of the study period in 31% of those on placebo and 26% of dimethyl fumarate-treated patients. Of those with MRI advancement, 6 of 8 individuals in the placebo group and 1 of 7 in the dimethyl fumarate group converted to a first clinical event. As part of a new iteration of NeuroVoices, Okuda discussed the next steps in interpreting these findings, including identifying subgroups of responders. Additionally, he provided perspective on the need to improve awareness of RIS, and whether doing away with clinical phases may lend towards greater management of the condition.

NeurologyLive®: Although early, are we able to identify subgroups of patients who may respond better to treatment?

Darin Okuda, MD, FAAN, FANA: It is a fantastic question, but a bit early for that. Naturally, we'd want to identify individuals who are most ideal for treatment. It's also important to highlight that whether it's clinically isolated syndrome, relapsing-remitting MS, primary progressive MS, there's always a risk of over-treating individuals. We recognize that the bar may be set differently for those with RIS, so we understand that concern. I think future studies aimed at looking at who would be the most ideal candidates should be a point of focus. We know that if you have spinal cord lesions and brain lesions that are absolutely convincing, or infratentorial changes within the peduncles—brainstem, cerebellum—along with other findings that may or may not involve the optic nerve, they may be more ideal people to treat than others. But we still don't have those data.

What ARISE provides us with though is a couple of things. One, is that it enabled us to recognize that RIS represents an early phase of multiple sclerosis. I think that's really important. And that individuals are responsive to treatment if we intervene early, which is wonderful. The effect that dimethyl fumarate had is also somewhat proof of the existence of this early phase of MS. Because those who went untreated actually evolved in a different way than if you were exposed to a given disease-modifying therapy.

There are still a lot of challenges that I think we have to deal with. One is, how do we better recognize these people at risk. We're dependent on a by-chance MRI right now. We are challenged by the high sensitivity of MRI, the risk for misclassifying people with nonspecific white matter changes as having features consistent with CNS (central nervous system) demyelination. There are a number of other challenges here, but I think the big positive here is what this may ultimately mean to our field. The significance of ARISE in general, and the greater awareness of that separation between the biological onset of disease that RIS truly represents, because we see structural anomalies highly suggestive of misrecognition of the brain and spinal cord optic nerve by the immune system.

We don't know how a person would have been in life had changes been suppressed. We know that there are very obvious changes in multiple sclerosis punctuated by these bright, large, white T2 hyperintense lesions within the brain and spinal cord. But there are also occult changes that are below the resolution of MRI. What if a treatment worked to really address the old code changes? Would a given individual have greater potential of doing something either physically or academic or academically? That's still unclear, and it's exciting to think about.

What improvements have been made in the detection of RIS? Where does the clinical community come up short?

General awareness of the entity is massive. That sets the bar at a different level. Science moving forward will be focused on shifting that curve further to the left. How wonderful would it be if we were able to recognize people with an aberrant immune system prior to the development of a first brain lesion and to intervene prior to that? That would be exciting. Now, we would still fight over definitions as to the biological onset of a condition because there's something that happens within the immune system, whether it's viral based or environmentally triggered by a given substance. It could be a variety of things and different things for different individuals.

Overall, this allows us to look at the spectrum of multiple sclerosis differently. It challenges everyone to start to think of better ways to identify disease earlier. It also allows for the creation of measures that can help people with existing multiple sclerosis as well. If we identify blood-based markers that inform on neuronal injury, they can also be applied to established people with a recognized diagnosis. Overall, just the greater awareness is of massive importance. Now, how do we then parse out these other strategies for how we're going to be classifying multiple sclerosis in the future?

Overall, what is the significance of these results?

I think the real opportunity here is to have RIS recognized even by the FDA as an indication for treatment. Of course, having the right guardrails in place, etc, but would mean a lot to everyone within the field. Now, that would have great meaning to colleagues worldwide, but healthcare systems do differ greatly, and so does access. Recognition of—whether you want to call it a subtype or a phase within the MS spectrum—having that formally defined is going to be very important as we move forward.

But I think where scientists will invest in the future will be more on the earlier side of disease, and looking at the impact of early treatment in similar groups by race and ethnicities. Are there individuals that differ by race and ethnicity? There's a massive opportunity there as well. I pursued the field of neuroimmunology because I felt as though regardless of when someone entered the space, you would feel as if you're at the ground level for something very exciting and even someone entering the space now, could pioneer something that would have great meaning to the field. I still feel that today. There are people in training that have an interest in MS, and I think that is what’s so exciting about our field when you compare it to other subspecialties that exist in neurology.