The director of Cleveland Clinic’s Epilepsy Center discussed the new Cleveland Clinic Brain Study, which will evaluate predisease fingerprints from patients who go on to develop neurological disorders. 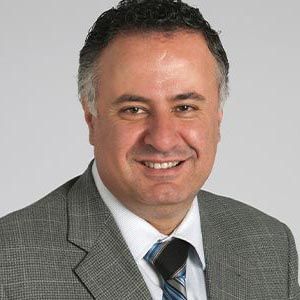 For centuries, clinicians have attempted to elucidate the onset processes for neurological diseases such as Alzheimer disease, Parkinson disease, multiple sclerosis, stroke, and epilepsy through increased research, but have found little success. The recently launched, first-of-its-kind Cleveland Clinic Brain Study will aim to understand why some individuals develop these diseases, by examining biomarker changes that occur before clinical symptoms present themselves.

With up to 200,000 neurologically healthy individuals assessed over a 20-year period, the study is considered the largest ever in brain disease. For the first 5 years of the study—the initial phase—10,000 volunteers will undergo yearly assessments including neurological examination, bloodwork, eye retina scans, brain MRIs, EEG and sleep studies, and other cognitive function tests. Led by Andre Machado, MD, PhD, and Imad Najm, MD, this longitudinal multiyear study, will hopefully uncover more about the mechanisms of brain diseases and ultimately lead to the design of preventive treatment for them.

Najm, who is the director of Cleveland Clinic’s Epilepsy Center at the Cleveland Clinic Neurological Institute, sat down with NeurologyLive® for a new edition of NeuroVoices to provide some background on the study and how it plans to be conducted. He also discussed what has been previously observed in terms of overlap and similarities of certain neurological disorders and how that might play from a preventative perspective.

NeurologyLive®:What was the basis for this study?

Imad Najm, MD: The Cleveland Clinic Brain Study is designed to address a very important question that everybody, both in the medical field and in the community, faces. And that is, why do we have neurological disorder—and, in particular, neurodegenerative disorders such as Alzheimer disease, multiple sclerosis, stroke, Parkinson disease, and epilepsy—in our late stages of life? Secondly, what happens before neurological disorders occur? And lastly, what can we do to stop it? Or cure the neurological disorder.

Can you discuss the main goals of the study? How will this expand on what we previously know?

What we’re trying to achieve is gain an understanding of what happens during what we call “the silent period” that precedes the clinical onset of neurological problems in patients affected by these various neurological disorders. We are trying to identify biomarkers of the disease before the disease happens. We are trying to understand the changes that happen in the blood, body, and in the brain, both from a structural standpoint, using neuroimaging, cognitive standpoint, using neuropsychological assessment, and neuropsychological standpoint, through EEG and sleep studies. We also want to look at other parts of the brain such as the blood and microbiome, looking at our digestive system and the potential impact of what happened in our digestive system, the impact of our heart on the brain and back and forth.

There has been documented overlap between specific neurological diseases—what similarities do we currently know exist?

There is quite a bit that’s known. We know that there are similarities in the silent period between, for example, Alzheimer disease, Parkinson disease, and epilepsy. This is what we call the de novo onset of endogenous depression in people in their 50s and within 5 years of the onset of the first symptom, or sign of epilepsy, Parkinson disease, or dementia. It’s here, where there may be some things happening in the brain or the networks in the brain that might be telling us that something will happen later on.

When predicting one of these neurodegenerative disorders, that depression is potentially an expression of that network problem that we see. Later on after the onset of the disease, there are some similarities, which are probably the result of the neurodegeneration rather than the causes for these disorders. These include problems with speech, gait, unsteadiness, and probably motor movements, in general. In addition to that, there are some cognitive changes, for example, decrease in memory, decrease in our responses, decrease in our speech, and maybe a little bit more paucity of words that we use in our lexicon when we’re forming sentences that may be similar or occurring in Parkinson disease and Alzheimer disease, for example. Maybe memory problems are more occurring in Alzheimer disease and epilepsy.

If this study is successful, are there specific preventative measures or tactics that may be implemented going forward?

This study, if successful, will achieve a couple of very important goals. In the short term, within the next 5 years, we may be able to identify some surrogate biomarkers of some of these diseases. These surrogate biomarkers will hopefully serve us in making an early diagnosis before the onset of the clinical symptoms. That should be, I think, the first result of the study. Second, which is the main objective of the study, is to identify causative biomarkers for various neurodegenerative disorders. The identification of these biomarkers should get us to the final and most important goal, which is to target these biomarkers with new therapies to shut down the disease, reverse the disease, but more importantly in the future, the ultimate goal would be to prevent the disease from happening before it does happen. We do not want to run after the disease like we do now. We want to stop it before it does happen and preserve these brain cells without being subjected to the destruction or deaths that happen from many of these devastating neurodegenerative disorders.