The founding chair of the department of brain health at UNLV discussed a recently awarded NIH grant dedicated to advancing neuroscience research for the long-term future. 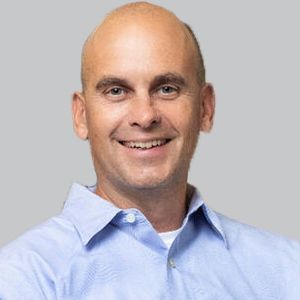 Phase 1 of southern Nevada’s first Center of Biomedical Research Excellence (COBRE) award was dedicated to creating a robust research infrastructure consisting of data management and analysis, advancing imaging and innovative research projects aimed at understanding the commonalities among neurodegenerative diseases. This long-standing collaboration between Cleveland Clinic’s Lou Ruvo Center for Brain Heath and the University of Nevada, Las Vegas (UNLV) will continue into phase 2, thanks in part to a newly awarded $11.3 million grant from the National Institutes of Health.

Phase 2 of the award is led by Aaron Ritter, MD, of the Lou Ruvo Center, and Jefferson Kinney, PhD, of UNLV, who believes this grant is a “tremendous” example of an interdisciplinary collaborative research approach. COBRE grants are part of the National Institute of General Medical Sciences (NIGMS) Institutional Development Award program, which supports faculty development and research infrastructure in states with historically lower levels of support from the NIH.

On a new iteration of NeuroVoices, Kinney, founding chair of the Department of Brain Health in the School of Integrated Health Sciences at UNLV, spoke about the grant and its purpose. He provided commentary on the specifics of the phase 1 findings, along with new key components to phase 2, and why biomarkers will be a major topic of discussion going forward.

NeurologyLive®:Can you first provide an overview of this newly awarded grant and how you plan to you to utilize it?

Jefferson Kinney, PhD: The Center of Biomedical Research Excellence (COBRE) awards are designed to do 2 things: build research capability and also build and develop researchers. Our COBRE award, for phase 2 is to continue on the success we had during phase 1, continue to grow neuroscience research in Southern Nevada, in particular focused on neurodegenerative disease, and also help foster the development of more junior researchers and independently fund long-standing research.

How does it build upon the efforts of phase 1? What was observed there?

Phase 1 was a remarkable success. Not only were we able to build this infrastructure, but there’s been a number of good findings, some greater publications, and also the development of a well-characterized cohort of patients that we’re following longitudinally and that we will continue to follow in phase 2. We will have many years of the same patients coming back, as well as new patients coming into that cohort. Part of the research projects that our junior investigators are doing are different investigations with that clinical cohort, as well as some basic research projects to investigate mechanisms of neurodegenerative disease.

From phase 1, we had some clever findings about the details of neurodegeneration. I, was a project leader in phase 1 and we developed a novel mechanism that may be involved in Alzheimer disease. I can’t even remember the exact number of publications. What we’ll continue to do is maintain the cohort as well as the same core resources that we built during phase 1. But in phase 2, we now add 2 more new core resources to Southern Nevada to enhance research capability. Those are an imaging core as well as an expansion of biomarker discover as part of the Center for Neurodegeneration. Both of these will be used by investigators within COBRE itself but are also to be used by other researchers at UNLV and the Ruvo Center to continue to foster this type of research.

What are some of the most prevalent biomarkers to assess neurodegeneration? Are there some that should be evaluated more that are not?

That’s one of the best questions that we’re addressing, and there are others in the space addressing it as well. There is not a clinically approved diagnostic biomarker for Alzheimer disease. This is one of the things that we need to advance. If you can detect it earlier, interventions become more applicable and there’s a lot of things that you can do. We’re working with a number of ones [biomarkers] that have shown up in several other groups, but we also have a couple of homegrown novel biomarkers that we’re evaluating in this project as well.

The hope is that one, or more likely some assembly of a few of these, can get to being diagnostically accurate, but also useful in clinical trials when evaluating whether or not a treatment is having an effect. Some of the most current ones right now include a phosphor-tau marker in blood, as well as several projects within our center focused on inflammation in Alzheimer disease. We’ve evaluated an assortment of 48 different inflammatory markers, some of which are showing some promise. There are a couple others that are a little earlier in the development within our group and also at other institutions around the world, but none of them have reached that bar of being clinically diagnostic. There are some great imaging biomarkers that can be done for amyloid and for tau, but the imaging markers present a challenge in terms of cost. How those are used diagnostically is still a work in progress, but I think a combination of these 2 approaches becomes really productive and something we’re striving for in the center.

It's, really [a question of] when do we have enough samples and replications from different groups that one marker is meeting the criteria? It’s so hard to access. The goal being ones from blood because that’s readily doable, but it’s hard to get ones that consistently show a good pattern and can detect it earlier than a clinical diagnosis.

Transcript was edited for clarity. For more iterations of NeuroVoices, click here.