The professor of dementia and executive dean of the Faculty of Health at the University of Plymouth provided perspective on the SYMBAD trial, and eliminating the use of mirtazapine and carbamazepine as medications to treat Alzheimer agitation. 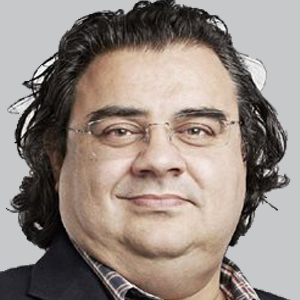 Of the numerous complications patients with Alzheimer disease (AD) face, agitation remains one of the most significant. There are currently no FDA-approved medications for the symptom, forcing clinicians to turn to off-label solutions. Mirtazapine, an antidepressant, and carbamazepine, an anticonvulsant, are 2 commonly prescribed therapies for AD agitation, but the evidence on them is inconsistent.

The SYMBAD trial (NCT03031184) is a large-scale study aimed at confirming the efficacy and cost-effectiveness of these agents. Led by Sube Banerjee, MD, MSc, MBA, FRCPysch, 244 patients with AD and agitation were randomly assigned mirtazapine (n = 102) at a target dose of 45 mg, carbamazepine (n = 40) at a target dose of 300 mg, or placebo (n = 102) for 12 weeks, with long-term follow-up at 6 and 12 months. The primary outcome was change in Cohen Mansfield Agitation Inventory (CMAI) scores at 12 weeks, analyzed using a linear regression model.

Presented at the 2022 Clinical Trials on Alzheimer Disease (CTAD) conference, November 29 to December 2, in San Francisco, California, the findings showed no significant difference in CMAI scores between mirtazapine-treated patients and placebo (adjusted mean difference, –1.74; 95% CI, –7.17 to 3.69; P = .53). Due to the low number of patients on carbamazepine, statistical analyses couldn’t have been powered; however, findings remained similar, with no evidence of any benefits over placebo.

Banerjee, a professor of dementia and executive dean of the Faculty of Health at the University of Plymouth, sat down with NeurologyLive® to discuss the trial and the significance of the lack of efficacy for these agents. As part of a new iteration of NeuroVoices, Banerjee provided commentary on the need to address AD agitation, the problems with one-drug approaches, and innovative approaches going forward.

NeurologyLive®: Can you sort of just provide a background on this trial and how it was specifically conducted?

Sube Banerjee, MD, MSc, MBA, FRCPsych: The SYMBAD trial is funded by the United Kingdom's National Institute for Health and Care Research, so it's an independently, publicly funded trial. SYMBAD seeks to answer an important question, which is whether commonly used drugs for the treatment of agitation in dementia work. The two drugs that we studied in SYMBAD were mirtazapine, which is a sedative antidepressant widely used for people with dementia, and carbamazepine, which is an anti-seizure drug also used for the control of agitation. But both are used off license and without definitive evidence of whether they work or not.

What were the topline results that stood out?

Agitation is a really important issue for people with dementia and for the caregivers of people with dementia, it's what drives poor quality of life. It causes great distress and is associated with increased transition into home care and general hospitals, as well as the burden of and the breakdown of care arrangements as well. In SYMBAD, we randomized people either to receive placebo or an identically encapsulated dose of mirtazapine, or carbamazepine. We followed people at 6 weeks, with 12 weeks as our primary outcome. It was very clear at the end of the trial there was no advantage to taking either carbamazepine or mirtazapine compared to placebo. People did just as well on placebo as they did on either of those drugs. The take home message from that is that these drugs that are commonly used to treat agitation in dementia simply don't work. They're associated with harms, but they are not associated with benefits.

What other non-traditional ways should the clinical community continue to tackle Alzheimer agitation?

Mirtazapine is one of the most commonly used drugs. And since it's been shown not to work for depression, then [it is thought] that it must only be being used for agitation in dementia. I think that it's time to take a little step back with respect to agitation and dementia. If you think about the things that cause agitation, it's a very broad and complex group of things that are about social adaptation, the reaction of people to the memory problems they have, and the reaction of others to people with dementia. Very little of that is likely to be treatable with medication. In fact, the medications we use, are used in order to take advantage of the side effects of those medications. It is the sedative properties of almost all the medication used in order to help treat agitation. That's not a complex answer to a complex problem. It's a simple answer to a complex problem that is wrong.

We need to take a step back and ensure there are the non-drug treatments that are about good, quality, multidisciplinary assessments aimed at working out what the problems people are having and coming up with imaginative solutions. One of the things about the SYNBAD trial that I think is interesting is that there was important and significant improvement in all of the groups over the years. That's people receiving carbamazepine, mirtazapine, or placebo, and has nothing to do with the drugs.

That improvement was because of the treatment as usual that our participants received. At the beginning of the assessment, they all received treatment with specialist older people’s mental health services, who discussed the problems, who tried to work out what was causing those problems, who tried to provide people with care and support. If we provide people with psychosocial care and support, which is what they need, in addition to providing them with the drugs they need for their Alzheimer disease, then that's the way forward. I think that looking for a single, magic drug that will get rid of this complex problem is failing our patients.