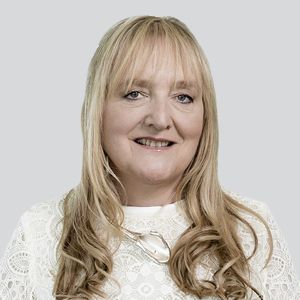 AC Immune SA announced that the first patient has been scanned in a first-in-human study of ACI-12589, the company’s diagnostic positron emission tomography (PET) imaging tracer used for patients with Parkinson disease (PD).1

ACI-12589, a novel diagnostic agent, has shown significant potential to reliably detect and map deposits of pathological alpha-synuclein protein in the brain, which is the major hallmark of PD. The study, supported by the Michael J. Fox Foundation for Parkinson’s Research (MJFF), is expected to have results released in Q3 2021. Details for the newly initiated clinical study of ACI-12589 have not been released.

Previously released data highlighted the significant potential for ACI-12589 to become the world’s first diagnostic tool for assessing brain alpha-synuclein pathology in PD. An effective PET tracer such as this may allow clinicians to provide earlier diagnosis of PD as well as monitor disease progression to facilitate longitudinal drug efficacy measurements.

"The unmet need for reliable, non-invasive diagnostic tools to enable precision medicine approaches in Parkinson’s disease is substantial, which is why our alpha-synuclein PET tracer program is so critical for the field,” Andrea Pfeifer, chief executive officer, AC Immune SA, said in a statement. “While inclusions containing misfolded aggregates of this key protein have long been considered an important neuropathology in this debilitating neurodegenerative disease, the means to accurately detect and quantify pathological alpha-synuclein in the brain has remained elusive. With our next-generation PET tracer candidate, we believe there is potential to change this paradigm.”

The data for the PET tracer was released during an oral presentation at the 2020 Alzheimer’s Association International Conference. The preclinical results demonstrated enhanced contrast and alpha-synuclein target specificity.2

ACI-12589, along with other PET tracers developed by AC Immune SA, are derived from the company’s innovative Morphomer discovery platform, which accelerates the design, development, and synthesis of conformation-specific small molecules to power successful diagnostic and therapeutic approaches. The Morphomer platform has produced multiple small molecules with clinical proof-of-concept that bind selectively to pathological forms of human proteins such as alpha-synuclein and tau.

At the moment, there are no effective diagnostic agents that are approved for PD and other alpha-synucleinopathies, such as multiple system atrophy (MSA), and Lewy body dementia (LBD).

The company also previously announced it had advanced its SupraAntigen-derived-alpha-synuclein therapeutic antibody candidate from discovery phase into preclinical development. The decision to move forward followed proof-of-concept data that AC Immune SA presented at the 2020 AAT-AD/PD conference.

The presentation also included mention of ACI-3847, another alpha-synuclein tracer. Results showed that this tracer efficiently entered the brain and showed very low non-specific activity in a first-in-human study among both patients with idiopathic PD and healthy volunteers.

Pfeifer added, “ACI-12589 demonstrates ideal properties in preclinical studies using patient-derived brain tissue, which is another testament to the strength of our Morphomer platform and the medicinal chemistry expertise at AC Immune. We are pleased to have the continued support of the MJFF as we enter the clinic with this promising diagnostic candidate, which, together with our novel therapeutic candidates targeting pathological alpha-synuclein, encapsulate our precision medicine approach to neurodegenerative diseases.”1