While the clinical benefit of the therapy in Alzheimer is still unclear, the dihydropyridine calcium channel blocker increased blood flow by 20% compared to placebo in the brain’s memory and learning center, indicative of preserved cerebral autoregulation. 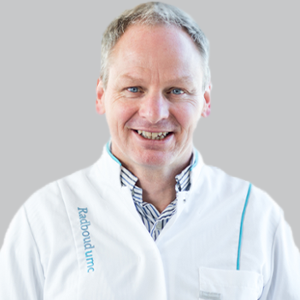 New phase 3 study findings have shown that nilvadipine reduced blood pressure and increased cerebral blood flow in the hippocampus of patients with mild-to-moderate Alzheimer disease, suggesting that the hypertension treatment may have beneficial cerebrovascular impacts in the neurodegenerative disease.

Additionally, treatment with the dihydropyridine calcium channel blocker showed nonsignificant stable or small increases in cerebral blood flow in other regions of the brain. The investigators, led by Jurgen Claassen, MD, PhD, associate professor, Radboud University Medical Center, noted that the findings ultimately imply preserved cerebral autoregulation in Alzheimer disease, though it remains unclear to this point if these findings will translate to a clinical benefit.

“This high blood pressure treatment holds promise as it doesn’t appear to decrease blood flow to the brain, which could cause more harm than benefit,” Claassen said in a statement.2 “Even though no medical treatment is without risk, getting treatment for high blood pressure could be important to maintain brain health in patients with Alzheimer's disease.”

The study randomized 58 patients with mild-to-moderate Alzheimer disease to either nilvadipine (n = 29) or placebo (n = 29), of which 44 total were medication compliant with no magnetic resonance exclusion criteria over the 6-month trial period. Mean patient age was 72.8 ±6.2 years, with a mean Mini-Mental State Examination (MMSE) score of 20.4 ±3.4.

Participants had been screened between 2013 and 2015 as part of a larger undertaking in research seeking to compare nilvadipine to placebo in upward of 500 patients with mild-to-moderate Alzheimer disease. Cerebral blood flow effects were not measured in the larger project, and no clinical benefit was seen with the hypertension agent, save for in a small subgroup with mild disease who showed a slower decline in memory function.

“In the future, we need to find out whether the improvement in blood flow, especially in the hippocampus, can be used as a supportive treatment to slow down the progression of Alzheimer's disease, especially in earlier stages of disease,” Claassen said. Due to the small number of participants of similar race and ethnicity in this study, the results may not apply to other populations, and more study is needed.

Existing literature has suggested that treatments for hypertension may reduce the risk of dementia due to their cerebrovascular effects, and Classen and coauthors noted that the blood flow alterations may be responsible, in part.

This study was also one of a select few which used an MRI technique to observe the effects of therapy on cerebral blood flow. As such, the authors noted that additional research in this area is critical.