Patients treated with PC-rTMS showed almost no decline in the CDR-SB score, and presented a clear advantage in terms of cognitive functions in contrast to the worsening of the score observed in the sham group. 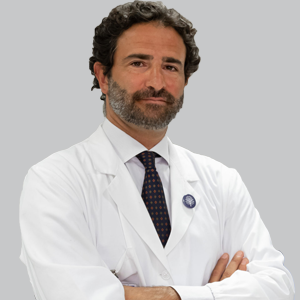 Findings from a 24-week phase 2 study (NCT03778151) showed that treatment with a precision-delivered noninvasive brain stimulation (PC-rTMS) targeted to patients’ precuneus has the potential to slow the progression of cognitive decline and functional decline in patients with mild-to-moderate dementia due to Alzheimer disease (AD).1,2

In the 50-patient, double-blind, sham-controlled trial, those who received the active therapy had cognitive decline slowed by 82% at 6 months in comparison to those on sham, represented by a treatment difference of 1.3 points on Clinical Dementia Rating-Sum of Boxes (CDR-SB) score (P = .009). Considered one of the largest such trials of brain stimulation in AD, the results showed that PC-rTMS is safe and well tolerated by patients with AD, as adverse events (AE) were uncommon and mild.

lead investigator Giacomo Koch, MD, PhD, co-founder, Sinaptica Therapeutics, director, Non-invasive Brain Stimulation Laboratory, Santa Lucia Foundation, said in a statement that they were encouraged by the findings, adding that "The results are particularly notable because they were achieved in patients already showing symptoms of mild-to-moderate dementia, in which cognitive decline progresses more rapidly and is less responsive to drug interventions. As one of the largest trials of brain stimulation ever conducted in Alzheimer’s disease resulting in a therapeutic benefit and the first to use a precision-delivered protocol targeting the precuneus, we have validated the potential of our novel approach to be a new therapeutic tool in the treatment of Alzheimer’s disease and potentially other neurodegenerative diseases."1

Patients included in the study were between 50 and 85 years old, had CDR score of 0.5-1, Mini-Mental State Examination score of 18-26 at screening, and had cerebrospinal fluid biomarker evidence of AD amyloid and tau pathology. The trial randomly assigned patients 1:1 to either PC-rTMS or sham-rTMS, starting with a 2-week intensive course followed by a 22-week maintenance phase. Each rTMS session consisted of 40, 2-s strains delivered at 20 Hz that were spaced out by 28 s. Of note, the precuneus spot was kept the same during the entire study for each patient.

'Alzheimer’s disease patients develop alterations to the Default Mode Network, or DMN, a key network responsible for episodic memory for which the precuneus is a key region," study investigator Emiliano Santarnecchi, PhD, co-founder, Sinaptica Therpeutics, director, Precision Neuroscience & Neuromodulation Program and director, Network Control Laboratory, Massachusetts General Hospital, said in a statement.1 "In this Phase II trial, we have shown that the DMN can be targeted by precision-delivered noninvasive therapeutic interventions that utilize electromagnetic brain stimulation to improve plasticity and stabilize network connectivity. We believe this is an important development with the potential to address the staggering unmet need in the treatment of Alzheimer’s disease and warrants further evaluation."