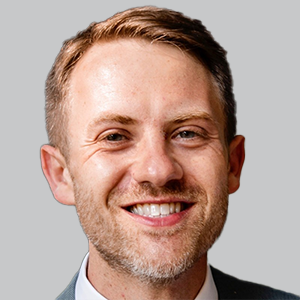 Prime PD, a new digital wellness studio for patients with Parkinson disease (PD), offers a multitude of benefits for this patient population, having already received positive feedback following its launch in January 2022.

Live fitness classes are available for patients with PD and there are plans to develop a “hybrid” model that will allow on-demand access to classes and the development of personalized curricula with the help of trained professionals. The incorporation of advanced practice providers and other clinically adjacent services is also in the works, as well as an expansion into nutritional components, to generate a more multifaceted care model via Prime PD, which already features PD-certified professional trainers.

Konstantin Karmazin, MD, clinical neurologist and chief medical officer, Prime PD, spoke with NeurologyLive® on these initiatives, encouraging both physicians and patients to reach out if they are interested in participating or referrals. As the platform develops, he said, those at Prime PD anticipate collecting more feedback from physicians, who are also able to access patient’s activity levels and engagement with the platform to better tailor treatment decision.

NeurologyLive®:Are there plans to incorporate advance practice providers and other member of the multidisciplinary care team into the Prime PD platform?

Konstantin Karmazin, MD: Our focus right now is on nailing down the initial use case, which is the fitness piece and then expand probably to nutrition. My role, in particular—and I welcome anybody in your audience to reach out to me—is in trying to create a pipeline for our company to communicate with as many academic health centers and private practices as possible, specifically to get in touch with those folks who are the hub of those additional clinically adjacent services in the real clinical environment. Sometimes that's a social worker, sometimes that's a care coordinator, sometimes that's a nurse practitioner who works in the practice, so we're happy to speak with anybody, including physicians who are referring their patients to us.

We want to make sure that folks know what they're getting, and while we're aware that doctors usually don't follow their patients to the gym to make sure that it's a high-quality boxing class, we actually have the option to do that. I am particularly happy to offer free trials and free workouts for any organizations that are interested, so if anybody who's reading this is interested in just having one of our coaches do a free class, rather than necessarily having a patient sign up, we're happy to do that. On the flip side, we're also running promotions where you can do a free trial for a week or 2—you can just log into the classes participate, and if you like it, then you sign up.

What kind of feedback have you received about the platform from patients and physicians?

In general, from physicians, I'll say it's been pretty straightforward, and that, “This is awesome,” but the period has been so short, that we haven't gotten a lot of a feedback just yet. The patients who have signed up have only been using the program for about 5 weeks now, but we plan to hear back from their physicians pretty soon.

That said, from patients, we've gotten a very clear message, which I have been working on [with] our model as well, in that, right now, our focus is on live classes. That's generally what the evidence has shown folks benefit from. One of the things we find most compelling is that not only are there motor benefits for a lot of these programs, so you move better. But there are nonmotor benefits—you feel better, you sleep better, your mood is better—all of these additional benefits, and it's hard to ignore the social component of the class being part of that. Especially orsomebody with a chronic illness.We know from patients taking Rock Steady Boxing and doing things like that for years, they say, "I like the community. I like feeling empowered. I like having ownership over this condition to a certain degree, even though there's not a cure, I like feeling like that.”Especially with boxing, there's a good analogy of fighting back.

What we have been told clearly as a point of feedback from the virtual offering, in particular, is that some folks—and these tend to lean more towards our older population—really like the live class component, in that [they say], “I like having a structure to my day, I like having a 3pmthing on my calendar, especially if I don't have to go anywhere, it's less stressful,”and,“I like it because I don't have a ton going on, especially during COVID.” We find that for those folks, the social component and the engagement is super important, and they really like that structure, and I should say, that's our current model, which is what we're offering at the moment, which is live-class based. You're interacting, it's not just the coach talking to like in Peloton, you're talking back.

The other piece, as mentioning that other company, [is that] there is a world of folks, especially in the younger community, who aren't as interested in a class, they maybe don't want to engage socially because they have a good social support system. They just want the workout, and they want it when they want it. They want it on-demand in a version that's essentially like a YouTube video, where you can log on and say, "Hey, I would like to work on X, Y, or Z." The part that I'm very excited about developing is in collaboration with those one-on-one evals; what we're going to try to build out over time is essentially, if you're of that second group, where you're not into the live class component, we'd like to have a track where you do your one-on-one eval with the trained professional and fitness instructor, they evaluate your certain deficits, and then based on those, they can then prescribe a curriculum of on-demand prerecorded videos. So, your curriculum is our balanced series, [and trainers can say], "On Tuesday, I want you at any point in the day to watch your Balance 101 class, which is 45 minutes of yoga. Then on Wednesday, you have your Tai Chi, which is Balance 102, and then on Thursday, we'll have Rock Steady Boxing. For your specific symptoms, this is the prerecorded track I would like to put you on, and then next month, we'll check back in to see how you're liking it and modify it as we need to.”But,basically [we will] hold your hand through a virtual on-demand process.

It's a little bit of a hybrid—you still get some coaching, but you also get the flexibility of [not] having to conform to the schedule, you don't have to worry about remembering and structuring your day around it if you don't want to, you can just do it on your own time. That's something that I would personally like to develop that we've gotten feedback around [with participants saying], "It's nice for the classes, I can’t always make them even though I want to. I don't want to watch a prerecorded class. I would like to do a specially made, virtually tailored class that's not just somebody else taking a class a week ago.”

What are the plans for Prime PD in 2022? How can patients or providers get in touch?

For us, 2022 is our big release year. We actually launched on January 1, so we've been working on this formally since October [2021],getting our coaches together, and we're led by somebody who I have a tremendous amount of respect for who's our head coach, Stacey Macaluso. She's got a big local following in the New Jersey area, and for us, we're just excited to basically get this out to patients, get this out to physicians, and just get their feedback. The nice thing about what we're offering is you can just go to www.PrimePD.com, and you can see all of our details, you can see the upcoming schedule, and you can sign up, basically at your leisure. You don't need a prescription, you don't need a referral from a physician, and you don't need to formally be diagnosed with Parkinson's. If you're interested in the program and you just want to try it out, you're welcome to join us as well. If folks are interested in contacting us, you can reach me at KK@PrimePD.com or via LinkedIn.

In terms of what physicians and patients can do, we would love to hear from anybody in the community, so I'd encourage anybody to reach out. If physicians have any questions or concerns about the program that they'd want to discuss with me or anybody else in our company prior to referring patients, I think we'd welcome that conversation to hear about: A, what those questions are and B, how we could possibly work together.

Our other real major point of interest is for organizations that are providing some degree of virtual fitness classes. We've talked to many foundations and associations around the country that provide 1 or 2 classes often that are free and virtual for their patients or for their members every month. We would love to support any programs like that. As I mentioned before, if there's anybody who's interested in one of our coaches hosting a free live class, we would be happy to facilitate that in any way.