Overcoming Challenges in Neurology Associated With the COVID-19 Pandemic

In the AAN 2022 presidential plenary session, a trio of neurologists discussed a variety of issues stemming from the COVID-19 pandemic and how they impacted research efforts in neurological diseases. 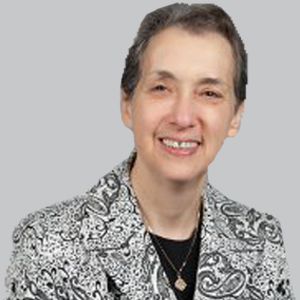 Three years into the COVID-19 pandemic, leaders in neurology are reflecting on how it has transformed the medical community, research, and the interpersonal relationships shared between colleagues.

From April 2-7, neurologists and other specialists across the world gathered for the 2022 American Academy of Neurology (AAN) annual meeting in Seattle, Washington, for the first time since the pandemic’s inception. The first part of Sunday’s Presidential Plenary Session featured three experts­­­—Nina F. Shor, MD, PhD, FAAN; Merit E. Cudkowicz, MD, MSc; and Brenda Banwell, MD, FAAN—who discussed post-COVID-19 challenges to scientific research and provided an overview on how the field has been affected.1

Schor, the deputy director of the National Institute of Neurological Disorders and Stroke (NINDS), focused her presentation on the basic science and laboratory science effects conducted during the pandemic. She divided the problems from the standpoint of laboratory research into 5 categories. They included people, animals, things, spaces, and time.

The first highlighted people, specifically, the lack of personnel available across several levels of neurology. "Workforce shortages were a direct effect of the pandemic. Illness of laboratory and hospital staff, animal care staff, and the people that support the people in place where the research is done. The faculty police, the maintenance and engineering personnel. It wasn’t just that people got sick, it was that people that weren’t sick but tested positive, or people that were exposed to people that were either sick or tested COVID positive," she said.

That brought her to her next point, which was animals for preclinical study. Breeding colonies were lost, large cohort surgeries were postponed or canceled altogether, routine task protocols had to be shortened or made less frequent, and suppliers of animals were unable to accommodate for the demands. Shor claimed this was a downstream consequence of all the workforce issues previously mentioned.

One of the major challenges faced throughout the pandemic, echoed by all 3 speakers, was issues with what Shor called "things." This included the miscellaneous factors such as supplies, equipment, renovations, etc, that are needed for basic research to be done. Supply chain issues, which have impacted the world, curtailed access to supplies. Plastic shortages in research settings were also an occurring theme of the talk.

The final category Shor highlighted was time, which seemingly was cut short for many people in the medical community. "People in every part of our research community were unable to generate sufficient preliminary data for either initial applications or for renewals of existing applications," she said. "Our youngest investigators were worried intensely about not making the deadline window of eligibility for certain grant mechanisms because they would lose 6 months or a year in getting their preliminary data generated." 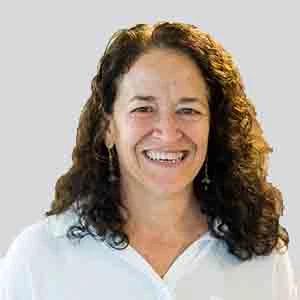 Cudkowicz, the director of the Sean M. Healey & AMG Center for ALS, and the chief of neurology at Massachusetts General Hospital, took a broader approach to the challenges of the pandemic as well as offered several solutions. She first started by discussing the barriers to access of research and the adaptions made to more virtual settings.

"When we’re starting a new clinical trial, we’re so used to meeting that person to have our training, and that was no longer possible,” Cudkowicz said. “All of us had to get creative on how we keep the research going but doing it in a more remote way."

Although neurology was already headed for more telemedicine formats, the pandemic accelerated these thoughts. As the research field continues to adapt, Cudkowicz claimed it is critical for regulatory guidance to be in lockstep with these changes. Despite the challenges that arose from the pandemic, "it also accelerated major initiatives to better streamline, lower the cost, and increase access for clinical trials," she added.

There were heavy efforts to try to alleviate the issues seen within the research space. Earlier on in the pandemic, the FDA came out with regulations about the need to collect deviations and allow more flexibility because of the virus. In the months following that, institutional review boards started to meet on a daily basis rather than once or twice a month, according to Cudkowicz.

Despite the efforts, the research space was still losing people. Turnover of staff, early retirement, and clinicians pursuing new and different opportunities were issues seen in neurology departments across the world. "We probably didn’t have enough [neurologists] to start with, but any shift to that made a shortage become much more apparent,” Cudkowicz said. One of her calls to action was to continue to support and empower young investigators, a movement that has been backed by the AAN.

Brenda Banwell, the chief of the division of neurology and codirector of the Neuroscience Center at Children’s Hospital of Philadelphia, finalized the trio of speakers and focused on how the pandemic has affected clinicians themselves. Since its onset, clinicians have been asked to put themselves on the frontline in face of illness and uncertainty, even as national organizations and institutions scrambled to get their grips on the situation.

"There’s been inconsistent messaging from national agencies, particularly regarding effective preventive strategies, not only for ourselves but also for the patients we serve,” she said. “And amidst all this frontline effort and commitment, there’s been a waning of trust and a written erosion of the culture of respect between ourselves and our patients, our community, and our profession."

Banwell called out the impact the pandemic has had on health professionals and their balance of duties as well. She pointed to a study of Massachusetts physicians, which showed the disproportionate impact on men vs women. According to those findings, women were forced to handle more nonphysician duties such as childcare, household responsibilities, and home schooling, whereas men stuck to their typical physician duties.2

Taking away women from the workforce has a major impact, Banwell believes. "If you think about academic promotion and scholarly advancement, again, disproportionately it will be women who will have been set back during these past 2 years, as they remove themselves more from their academic lives to be home with their young children."

As one might expect, the pandemic increased workload for neurology departments. A 2021 survey showed that 25% and 42.3% of all department members and faculty members, respectively, had increased work hours. Additionally, 46.2% of all department members felt a decrease in work-life balance, which was even worse for women (50.5%) than men (33.3%). Burnout was reported by 50% of the staff, with 10% feeling they were burnt out every day. Other stressors reported from that study included finances, increased workload, work-life balance, telemedicine, and childcare and social isolation.3

Banwell noted that the issues of burnout were already present before the pandemic and were further exasperated by the situation. She alluded to a 2019 United Kingdom-based study, which showed that 45% of 181 female respondents experience burnout. Most notably, for female neurologists with 3 or more children, only one-third claimed they would be a physician again if they started their career over.4

"I’m a mother of 3. I love what I do. I get up every morning feeling like what I do is a privilege and an honor. What’s different in my career trajectory that gives me joy vs what’s missing in my colleagues who don’t have that feeling? The next study to be done needs to look at that," she said.

As the pandemic continues to evolve, Banwell offered a few last-minute thoughts looking forward. Of them included the ability to adapt and adopt new models for care and new ways of communication. She also put a stress on retention and reinvigoration of the neurology workforce. Small investments over the next 3 years could make the difference between a researcher “making it” or leaving academia. Protected time for innovative and supported education, mentorship, and ideas can energize overworked creative neurologists, she added. Her last call-to-action was to rediscover being "nice" and “connectedness."

"I’ve been holding small group mentor meetings for 4 or 5 faculty at a time and a theme that has come through is that they miss the nice things. The bumping into someone and having a good laugh as you hear about 4-year-olds playing soccer. Or instead of saying, 'What’s your day been like?' and hearing all about the lows of Zoom, talk about the great book you read over the weekend and how that might be something to share," Banwell concluded.