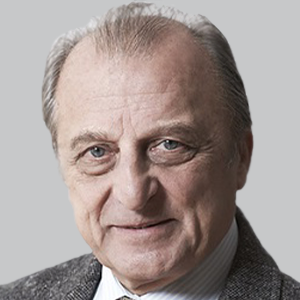 New data from the phase 3 SUNBEAM trial of ozanimod, a sphingosine 1-phosphate receptor modulator, has suggested that the multiple sclerosis (MS) treatment is associated with a significantly lowered annualized rate of relapse compared to treatment with interferon ß-1a (IFN-ß1a).1

The research was conducted by a group of investigators led by Giancarlo Comi, MD, professor of neurology, Vita-Salute San Raffaele University. Comi and colleagues concluded that “these findings provide support for ozanimod as an oral therapy for individuals with relapsing multiple sclerosis.”

In a recent statement,2 Terrie Curran, president, Global Inflammation and Immunology, Celgene, said that the company “is committed to furthering our understanding of MS and the full potential of ozanimod. We look forward to sharing these new analyses with the MS community, including data on the long-term efficacy and safety of ozanimod in adults with relapsing forms of MS.”

In an accompanying editorial,3 Ellen M. Mowry, MD, of Johns Hopkins University, and John Corboy, MD, of the University of Colorado, wrote that “the results of the SUNBEAM and RADIANCE ozanimod trials provide reassurance about the clinical efficacy and safety outcomes of sphingosine 1-phosphate modulators.”

Additionally, this new data showed no first-dose, clinically significant bradycardia or second-degree or third-degree atrioventricular block reported, keeping in line with previous findings of the trial which were presented at the 2018 ECTRIMS meeting by Bruce Cree, MD.4 Mowry and Corboy noted that, similarly to siponimod, ozanimod dose titration at initiation appears to reduce cardiac conduction issues, in those without cardiac health issues.

In their editorial, Mowry and Corboy also questioned how the Celgene agent will fit into the treatment landscape if it ultimately achieves approval in MS, noting that several other sphingosine 1-phosphate receptor modulators—fingolimod, siponimod, and ponesimod&mdash;are approved or showing success in trials. Acknowledging that head-to-head trials of ozanimod with other MS treatments are unlikely to occur, they wrote the “its cost will be relevant, prescribers will almost certainly consider perceived effectiveness versus risks.”

Additionally, data on ozanimod’s impact on cognitive processing speed and grey matter loss from the SUNBEAM trial are expected to be presented at the 35th Congress of the European Committee for Treatment and Research in Multiple Sclerosis (ECTRIMS), in Stockholm, Sweden, September 11-13, 2019, by Sven Schippling, MD.

These results suggested that ozanimod was associated with less over thalamic volume loss compared to patients treated with IFN-ß1a, in both Symbol Digit Modality Test [SDMT]—used to measure processing speed&mdash;worsened and improved subgroups. As well, cortical grey matter loss was similar within both SDMT improved and worsened groups, though the IFN-ß1a group showed more pronounced loss.5

Ultimately, that data consisted of 853 participants at month 12, of which 35.6% and 27.9% of those treated with ozanimod and IFN-ß1a, respectively, had improved SDMT scores and 22.0% and 28.2% had worsened SDMT scores. For those on IFN-ß1a, the improved group showed —1.35% change in thalamic volume at month 12compared to –1.88% in the worsened group. For those on ozanimod, thalamic volume at month 12 was –0.82% and –0.91% for the SDMT improved and worsened groups, respectively.

2. Data from Ozanimod Clinical Development Program in Relapsing Forms of Multiple Sclerosis to Be Presented at the 35th Congress of the European Committee for Treatment and Research in Multiple Sclerosis [press release]. Summit, NJ: Celgene; Published September 9, 2019. finance.yahoo.com/news/data-ozanimod-clinical-development-program-113000650.html. Accessed September 10, 2019.